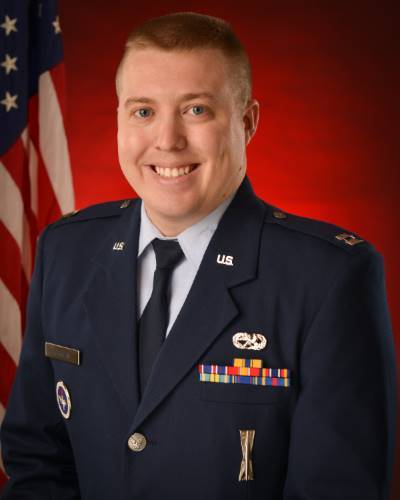 Captain Warren  received his commission in 2014 after graduating from California State University Fresno with a Bachelor of Arts degree in History. His previous assignment was Malmstrom Air Force Base, Montana. While at Malmstrom, Captain Warren oversaw maintenance on the the base's arsenal of nuclear re-entry vehicles in the 341st Munitions Squadron. He continued on by supervising the maintenance on the Minuteman III’s support vehicles and equipment. His last role at Malmstrom was as the 341st Maintenance Group Executive Officer where he was responsible for the administrative support of over 500 personnel and 150 Minuteman III Intercontinental Ballistic Missiles and 15 Missile Alert Facilities dispersed over a 13,800-square mile area.