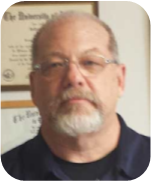 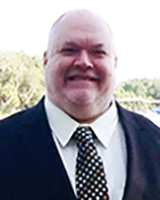 Ph.D. – University of Houston
JD. – Tulane University
Research Interests:
Constitutional Law and Ethics.Biography:
Dr. Gregory P. Orvis is an Associate Professor in the Criminal Justice Department at  Troy University. Dr. Orvis earned his PhD in Political Science from the University of Houston and his JD in Law from Tulane University.  He practiced law for many years in New Orleans, before pursuing a teaching career first as an Assistant Professor at the University of Alabama in Birmingham and then as an Associate Professor at the University of Texas in Tyler.  His research interests are primarily in Constitutional Law and Ethics.  Dr. Orvis has published over a score of articles, some in such prestigious journals as American Journal of Criminal Justice, Justice Quarterly, and Harvard Law and Policy Review. 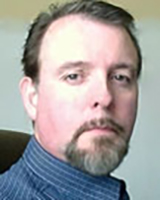 He is certified by the International Association of Forensic Computer Examiners (ISFCE) as a Certified Computer Examiner (CCE) and the Digital Forensics Certification Board (DFCB) as a Digital Forensics Certified Practitioner (DFCP). Dr. Daniel holds a Doctor of Business Administration in Computer and Information Security from Northcentral University, Master of Science degree in Digital Forensics from the University of Central Florida and a Bachelor of Science degree in Criminal Justice from Troy University. Dr. Daniel is a lifetime member of the Delta Epsilon Iota Academic Honor Society, Delta Mu Delta Honor Society and professional organizations including the American Academy of Forensic Sciences (AAFS), International Association of Computer Investigative Specialists, High Technology Crime Investigation Association and International Association of Cyber & Economic Crime Professionals. 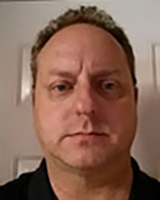 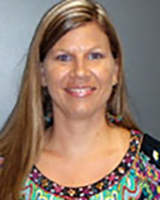 M.S. – Troy University
B.S. – Troy University
Research Interests:
Law Enforcement; Victimology; Field Experiences; Death PenaltyBiography:
Ms. Jessica Childs received her Bachelors of Science degree in Criminal Justice from Troy University in 2005; her Masters of Science degree in Criminal Justice also from Troy University in 2007. During her undergraduate career, she was on the National Dean's list, received the Victor Ortloff Scholarship and was a member of the Alpha Phi Sigma National Honor Society and Lambda Alpha Epsilon. As a graduate student, Jessica served as a Graduate Administrative Assistant and President of the Alpha Phi Sigma National Honor Society Tau Sigma Epsilon Chapter. She is currently employed at Troy University as a Lecturer in the Criminal Justice Department where she teaches various Criminal Justice courses, both on campus and online, and is also an academic advisor. She also holds the position of advisor for the Troy University chapter of Alpha Phi Sigma as well. Mrs. Childs has also recently completed a paralegal certification program. Her areas of interest include; victimology, death penalty and law enforcement. She has made various presentations at numerous academic conferences to include the Southern Criminal Justice Association. She also attended a national Victims' Assistance conference in Washington, DC.  Jessica resides in Brundidge, Alabama with her husband, Kevin and daughter, Whitney. 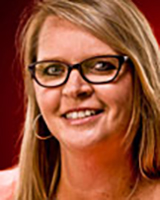 Donna has served on several University Committees, attended and presented at the ACJS conferences, and created a departmental student academic advising manual.  She is very active in her community as she serves on several committees at her home church and local private high school.  In her spare time she enjoys spending time with her husband and two children. 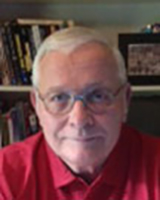 I am a three year enlisted veteran of the U.S. Army and a seven year member of the Georgia Army National Guard where I worked in the medical field.

I worked for the State of Georgia Department of Corrections and Juvenile Justice for over 26 years. I started as a probation officer and worked at this for three years and then worked at three maximum security male facilities a probation diversion center, and a high security juvenile facility.  At various times, I was over treatment programs, mental health, medical, security, and a combination of these at the various facilities. I started and managed a correctional mental health unit that expanded from 50 to 100 beds as this had a significant and positive impact on my career.

I also worked for two years as a probation officer in New Jersey as well as two outpatient mental health facilities in Philadelphia.

I have an interest in homeland security, terrorism, and transnational organized crime as well as correctional programs and security. 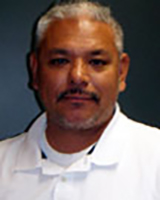 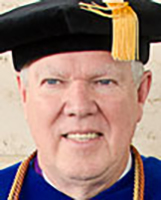 Research Interests:
Corrections; Public Safety
Biography:
Robert Mathis is a lecturer at Troy University's global campus site in Albany, Georgia. He has been teaching there full time since 2007. The primary discipline in which he teaches is in Criminal Justice. A main strength of Robert lies in his experience. He has served almost 33 years in the law enforcement field in various positions. From police officer to corrections officer, Robert has first hand in depth knowledge of different positions and functions. One major advantage is that Robert taught 14 years in the Public Safety Training Division for the State of Georgia. This experience greatly enhances his teaching ability with University students.

As a faculty member, Robert teaches a wide range of Criminal Justice courses. Currently, he teaches mostly in undergraduate courses. His main course is the Research class for undergraduate students. However, Robert will teach any course from Introductory courses to Senior Capstone courses. His experience, when communicated in class rooms, helps students to understand behind-the-scene principles of law enforcement operations. This enables students to comprehend both sides, academically and operationally, of criminal justice functions.

His research interest lie in polices and processes of law enforcement. Robert's dissertation engaged one of Georgia's sensitive issues of firearms recertification. In a time of budget cuts, information and statistical results showed flaws in thinking for reducing budget money for firearms skills training. This has led several local agencies to rethink their current polices with firearms recertification courses and scheduling. His current research investigates gender differences for some agency functions. 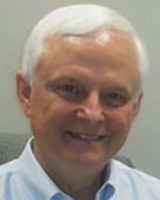 Biography:
I have over 32 years with the Dothan, Al Police Department.  I retired with the rank of Lieutenant.  I have experience in the Patrol division as a patrol officer, a sergeant, and a lieutenant.  For most of my career I worked in the Criminal Investigation Department, (CID), both as a sergeant investigator and as the Lieutenant in charge of the division.  I also worked as a lieutenant in charge of training and special operations.

I have taught criminal justice courses at Troy University, Dothan campus for 17 years as an adjunct, and for five years full time.
My areas of interest are law enforcement, constitutional law and Supreme Court decisions, terrorism and gangs.