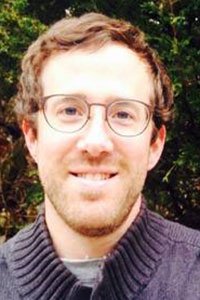 Nineteenth-century U.S. history with special interests in ethnicity and immigration, religion and politics, and the West

Dr. Luke Ritter is the author of numerous peer-reviewed articles and book reviews. His first book, Inventing America's First Immigration Crisis: Political Nativism in the Antebellum West, is forthcoming with Fordham University Press in the fall of 2020. Why have Americans expressed concern about immigration to the United States at some times but not at others? In pursuit of an answer, Ritter's book examines America’s first nativist movement. As most studies on nativism have focused on the coasts, historians have not yet produced a complete explanation for why Midwesterners joined the ranks of the National American, or “Know Nothing,” Party in such great numbers in 1854 and why the nation’s bloodiest election-day riots erupted in Midwestern cities – namely Chicago, Cincinnati, Louisville, and St. Louis. Cultural issues and the potential increase in immigrant voting power intensified economic-related resentment among the native-born population and resulted in the large-scale outbreak of political nativism in 1854. Political nativism, the exception, replaced tolerance, the rule, when people panicked that assimilation, conversion, and economic progress were not happening quickly enough. Political nativism manifested as a way to pressure immigrants to adopt American values more dependably and at a quicker rate. Nativists seized the reins of political power at the national level for only a few years in the mid-1850s, but they never gave up on their main ploy. The conclusion reflects on some lessons that might be applied to more recent bouts of anti-Asian, anti-Latinx, and anti-Islamic sentiment in American politics.

“Immigrants, Crime, and the Economic Origins of Nativism in the Antebellum West,” Journal of American Ethnic History, Forthcoming Winter 2020.

2018 winner of the Missouri Historical Review Article Award ($750), recognizing “Mothers Against the Bomb: The Baby Tooth Survey and the Nuclear Test Ban Movement in St. Louis, 1954-1969” as the article best contributing to an understanding of Missouri history in the most recent volume of the journal

2018 recipient of the William E. Foley Research Fellowship of $1,500 to defray expenses incurred when visiting the Missouri State Archives for my project, “Immigrants and Crime in the Nineteenth-Century Midwest”

2016 winner of the Environment in Missouri History Fellowship, State Historical Society of Missouri, Center for Missouri Studies, which carries a stipend of $5,000 for the completion of a scholarly article to be submitted to the Missouri Historical Review

2013 winner of the Missouri Historical Review Article Award ($750), recognizing “Sunday Regulation and the Formation of German American Identity in St. Louis, 1840-1860” as the article best contributing to an understanding of Missouri history in the most recent volume of the journal