The decision by Troy University to suspend on-campus activities, coupled with the restrictions on event sizes announced by state and federal officials, has resulted in the University’s decision to postpone the Hall-Waters Prize to Fall.

Troy University is proud to announce that the recipients of the 2019 Hall-Waters Prize for Excellence in Southern Writing are the songwriting duo of Dan Penn and Spooner Oldham. Once described by The Independent as a "two-man soul hit factory," Dan and Spooner collaborated upon several of the defining American soul-pop songs of the 1960s and 1970s. From their first collaboration, Joe Simon's "Let's Do It Over" (four months in the Top 20 in 1965) on through Janis Joplin's seminal performance of their "A Woman Left Lonely" on her posthumously released classic "Pearl," the duo helped define contemporary Southern music as composers, musicians and producers. Spooner and Dan will spend Friday, April 12, in Troy meeting with students and talking about the craft of songwriting, while on Saturday they'll appear together to discuss their careers, both as a team and individually, in the South Tent. This is your chance to meet two keystones of the Muscle Shoals sound! 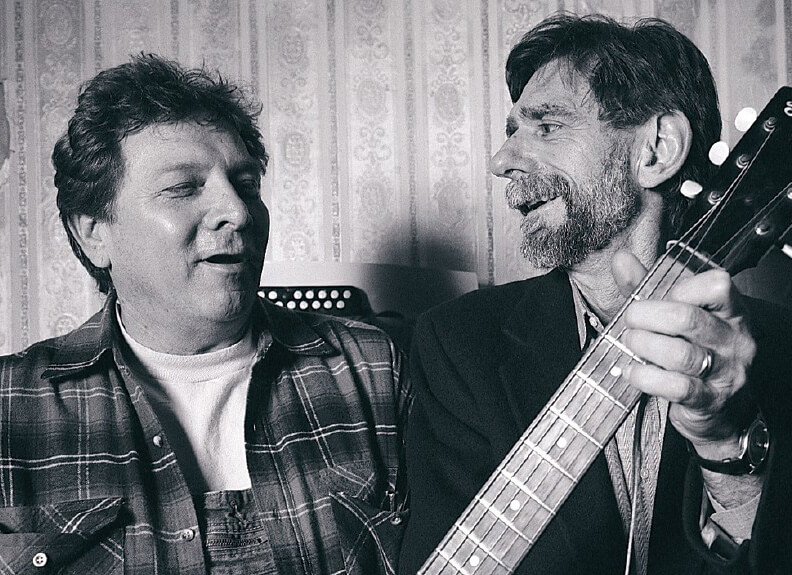 Renowned songwriters Dan Penn and Spooner Oldham, two linchpins of the Muscle Shoals music scene that helped define the soul, pop and rock music of the 1960s and 1970s, will receive the Hall-Waters Prize from Troy University on April 12.

The duo will discuss the craft of songwriting, the history of Southern music and the special role of Muscle Shoals in American popular culture from 10-11:30 a.m. in John M. Long Hall Room 104, on the Troy Campus. Admission is free and open to the public.

The following day, Penn and Oldham will speak at the Alabama Book Festival in Montgomery before performing a concert that evening featuring the numerous hits they wrote for Janis Joplin, the Box Tops, and Aretha Franklin.

“It’s amazing to look at Dan and Spooner’s credits and realize just how prolific and diverse they were during the heyday of Southern soul and rock,” said Dr. Kirk Curnutt, chair of English at Troy University and a co-director of the Alabama Book Festival, which Troy University co-sponsors with the Alabama Humanities Foundation, the Alabama State Council on the Arts, Old Alabama Town and several other state organizations. “They wrote ‘I’m Your Puppet’ for James and Bobby Purify, then ‘Cry Like a Baby’ for Alex Chilton’s Box Tops, two songs that sound like they come from opposite ends of that era’s musical spectrum.”

“More important is the sheer craft of their songs and the beauty with which they channel and synthesize so many veins of American music at once: rhythm and blues, gospel, country, soul, pop—you hear them all, sometimes all at once, in songs like ‘I Worship the Ground You Walk On,’ which Etta James among others recorded, or ‘Up Tight, Good Man,’ by Laura Lee,” Curnutt said. “Dan and Spooner’s songs crystalize so much of the American experience, and yet they feel as wide-open as America itself. Each of their songs, no matter how perfect the melody or precise the lyrics, provides space for the performer to reinvent the work and make it their own. You only need to listen to how Janis Joplin’s aching version of their ‘A Woman Left Lonely’ differs from Charlie Rich’s more country treatment to appreciate how flexible those tunes are.”

Penn and Oldham are legendary figures beyond their collaborative efforts. Penn was still a teenager when a demo recorded with his band, Benny Cagle and the Rhythm Swingsters, called “Is a Bluebird Blue?” caught the ear of Conway Twitty, who made it a hit in 1959. At 20, he became the first in-house songwriter at FAME Studios (short for Florence Alabama Musical Enterprises) in the Shoals, working closely with founder Rick Hall.

A few years later, Penn relocated to Memphis, Tennessee, where he wrote the classic “The Dark End of the Street” with Chips Moman and soon produced several hit albums and singles for the Box Tops, whose lead singer, 16-year-old Alex Chilton, later became of one of the most lionized cult figures in rock music.

As the resident keyboardist for FAME Studios, Oldham remains one of rock’s most highly sought sidemen, earning him inductions into the Rock and Roll Hall of Fame, the Musicians Hall of Fame and the Alabama Music Hall of Fame. Oldham performed on such classics as Percy Sledge’s “When a Man Loves a Woman” and Wilson Pickett’s “Mustang Sally,” while his proto-funk electric piano drives Aretha Franklin’s “I Never Loved a Man (The Way I Love You).”

After relocating to Los Angeles, Oldham backed artists as diverse as Linda Ronstadt, Jackson Browne, Neil Young and Bob Dylan. Since relocating back to Alabama, he has worked with Bettye Levette, the Drive-By Truckers and many more.

Since the early 1990s, Penn and Oldham have occasionally toured together, performing selections from their vast repertoire. In 1999, they released "Moments from This Theatre," a live recording described by allmusic.com as “an intimate and inspiring recording by two of the unsung giants of southern soul.”

The pair come to Troy University to receive the Hall-Waters Prize after a March 2019 tour of Japan.

The Hall-Waters Prize is endowed by TROY alumnus Dr. Wade Hall, an author, former member of the faculty at the University of Florida and professor emeritus of English at Bellarmine University in Louisville, Kentucky.

Dr. Hall, a native of Bullock County, Alabama, endowed the prize as a memorial to his parents, Wade Hall Sr. and Sarah Elizabeth Waters Hall. The award is presented regularly to a person who has made significant contributions to Southern heritage and culture in history, literature or the arts. Past winners include Rep. John Lewis, Bobbie Ann Mason, Pat Conroy, Natasha Trethewey, Cassandra King and Ace Atkins, among others.

Now in its 14th year, the Alabama Book Festival is a free event celebrating reading, literacy and the history of the book, held at Old Alabama Town, 301 Columbus St., in Montgomery. The festival offers workshops in fiction and nonfiction writing, poetry and setting up author tours.

Also speaking at the event will be Dick Cooper, whose photographs of Muscle Shoals music in the 1970s offer the most comprehensive visual record of the scene. For a schedule of authors and events and more information about Penn and Oldham’s concert on April 13, please visit www.alabamabookfestival.org.

Free and open to students, faculty, staff and the general public.