DOTHAN – One of Dothan’s best exercise and nature venues is located at Troy University. The Dothan Campus is home to the Harrison Walking Trail, which is made up of three paths totaling approximately four-and-a-half miles. The Campus also houses a six-point-seven mile biking trail, known as Campus Trails.

The nature walk was commissioned in 1990 by Dr. Thomas Harrison, former president of the Dothan Campus. It is the only long-distance, shaded walking trail in Dothan. The Harrison Walking Trail begins behind Malone Hall and winds through 130 forested acres on the Dothan Campus. The entire Campus sits on 405 acres.

Since it was first carved out in 1998, the biking trail, which begins near the base of the Campus TV tower, has been extended twice. An extra mile was added in winter of 2004, and a second mile was added in February 2006. Bike clubs, military members, Troy University students and the general public make use of the Campus Trails on a regular basis.

A two-acre pond is also located on the lush site, along with a one acre freshwater stream. Area bird watchers and Troy University biology classes make use of the natural habitat to identify and study species indigenous to the Wiregrass. Walkers and bikers can also learn about local flora and fauna. Along the trails, approximately 110 different tree types are labeled with scientific and common names.

The Harrison Walking Trail and Campus Trails are open to the public seven days a week during daylight hours. For more information, contact (334) 983-6556. 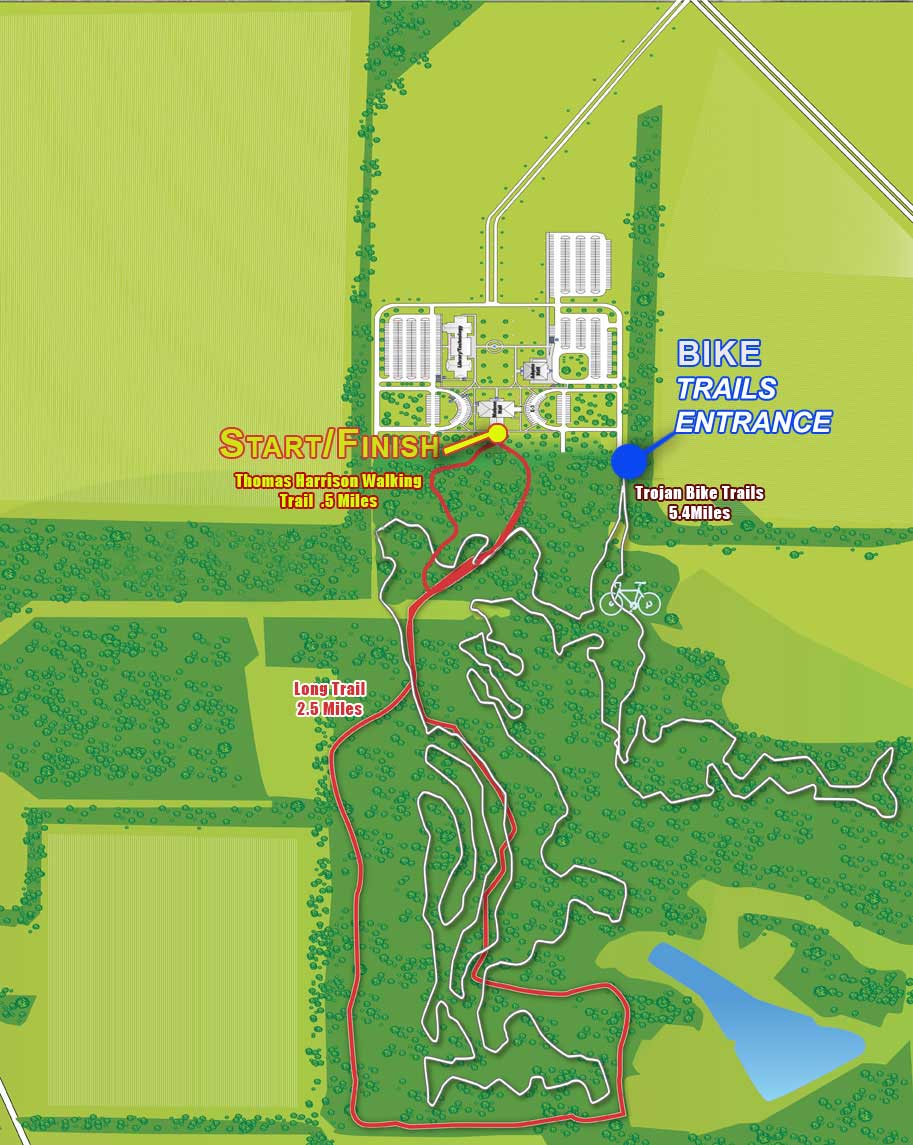