Kevin M. Levin is an award-winning educator and historian based in Boston, Massachusetts. He has written extensively about the American Civil War and has spoken across the country on the current controversy surrounding Confederate monuments. His expertise on the Confederate monument controversy has led to interviews with The Washington Post, The New York Times, The Boston Globe, Wall Street Journal as well as numerous international newspapers. He has appeared on C-SPAN, NPR, Al-Jazeera, BackStory With the American History Guys, and Vox.

"The Clotilda, Africa Town, and Beyond"

"The Rise and Decline of the Redneck Riviera"

Director and Tribal Archivist of the Office of Archives and Records Management, Poarch Band of Creek Indians

"The South is Where You Find It: Contours of Southern Identity, Old and New"

"The Yellowhammer War: Revisiting Alabama's Civil War at the Sesquicentennial"

"When Hollywood Whistles Dixie: A Celluloid History of the South"

"Freedom Riders: 1961 and the Struggle for Racial Justice"

"A Personal Experience The Freedom Rides"

Professor, University of Colorado at Boulder

"Why the Confederacy Lost"

"The South's Secret Weapons: Disease, Environment, and the Civil War"

Associate Professor of History, College of the Holy Cross 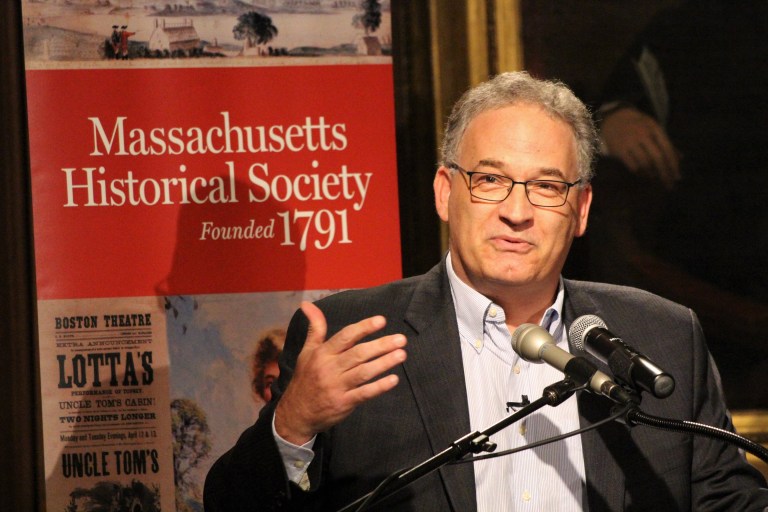 HISTORY OF THE MCPHERSON-MITCHELL LECTURE SERIES

Each year the History and Philosophy Department brings nationally renowned figures to campus as part of its McPherson-Mitchell Lecture in Southern History and 2012 was an especially noteworthy year for the event. To commemorate the fiftieth anniversary of the 1961 Freedom Rides in which black and white civil rights workers tested the desegregation of interstate bus travel, TROY welcomed not one but three special guests.

The series, organized by Dr. David Carlson, began with a lecture by Dr. Raymond Arsenault of the University of South Florida-St. Petersburg, author of Freedom Riders: 1961 and the Struggle for Racial Justice. In the audience for Dr. Arsenault's lecture was Freedom Rider Margaret Leonard of Tallahassee, Florida, who earlier in the day had met with TROY history students for an informal question and answer session on her experiences in the Rides. The event culminated with a visit by renowned civil rights leader Congressmen John Lewis (D-Ga.), a native of Troy and one of the organizers of the Freedom Rides.

The event was a resounding success, said Dr. Allen Jones, department chair. "Dr. Raymond Arsenault's passion for civil rights history and the visit by Freedom Rider Margaret Leonard made for a poignant and memorable evening for the students." The presentation by John Lewis was especially well received, Jones said: "The Congressman was candid, and one could tell that he was really amenable to the experience. The audience, predominantly students, was really engaged in the participants' dialogue. Several students have expressed how they took to heart Congressman Lewis's humble demeanor and his message of non-violent protest and human rights… The Lewis visit was an exceptional experience for all involved on the TROY Campus. It certainly reflects well on our department, and in particular it illustrates David Carlson's talent for capturing his students' imagination and enabling them grasp the relevance of both history and human rights."