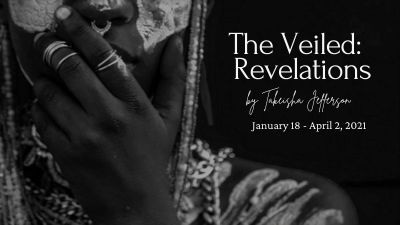 Veils can be an obvious covering; however, in this series, Takeisha Jefferson uses the veil in a multifaceted way. The artist wants the viewer to decide where the veil is for them. Is it literal or is it figurative? Some of the veils in her work are overt, while others can only be interpretedby the subject or audience.

Finding artistry in her ancestry, the artworks give life to forgotten and unknown members of the artist's family, which sometimes challenges narratives. With her Veiled series, Jefferson has captured reflections of her ancestors from mainly photographing her four children. Many memories for us can be found through images of family members we have never met. Jefferson's intent is to provide a glimpse into her family's lost history with her photographic storytelling. 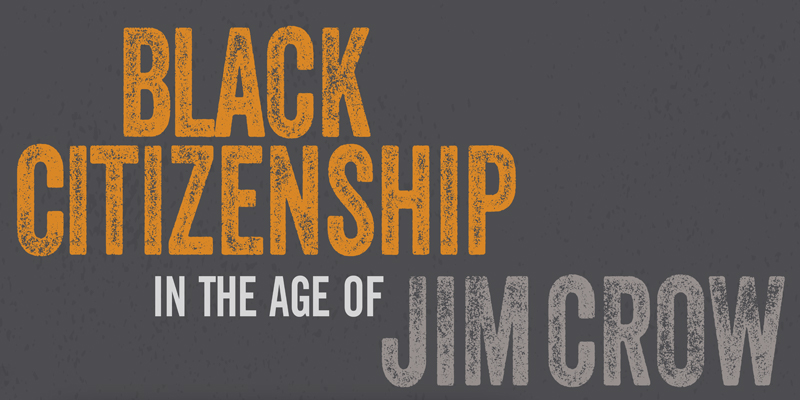 Black Americans gained monumental new liberties after the Civil War and the end of slavery. The era known as Reconstruction brought freedom, citizenship, and, for men, the right to vote. By the early 1900s, these liberties had been sabotaged by a repressive racial system known as Jim Crow.

This exhibit chronicles the long strides forward, bruising setbacks, and heroic struggle for equality that took place during these years.

Lead support for this traveling exhibition provided by the National Endowment for the Humanities: Exploring the human endeavor. Major support provided by the Ford Foundation, Crystal McCrary and Raymond J. McGuire, and Agnes Gund.