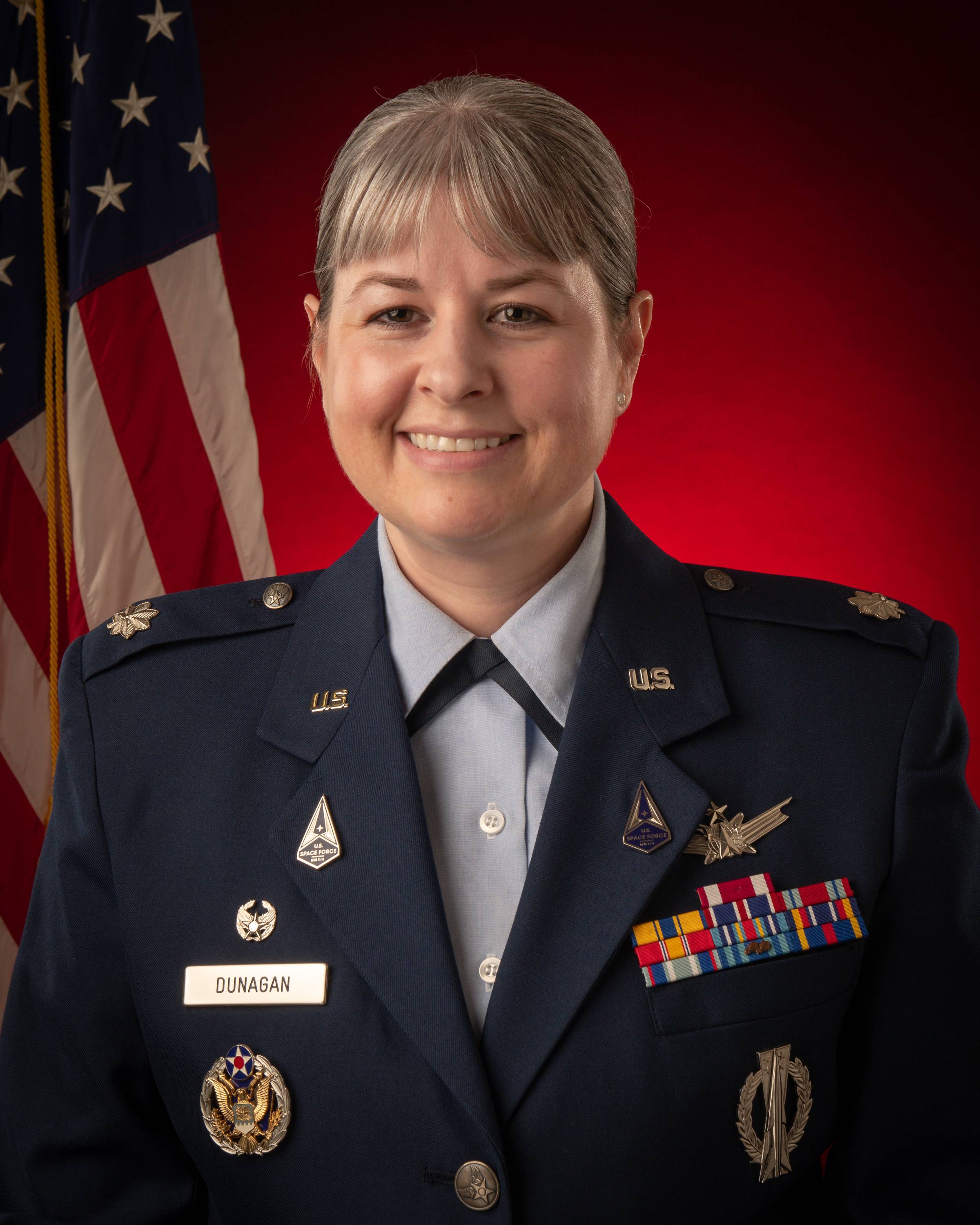 Lt Col Erin Dunagan graduated from Troy University in 2000 with a Bachelor's in Political Science and Spanish. She entered the Air Force in December 2002 after receiving her commission through the Alabama State University ROTC program. Later she attended the University of Cincinnati, earning a Master's degree in Criminal Justice in 2007.

She began her Air Force career as an Intercontinental Ballistic Missile crew member, instructor, and flight commander at the 91st Missile Wing, Minot, ND. Her next assignment was at the 614th Air and Space Operations Center at Vandenburg AFB, CA at the Chief of the Orbital Protection Cell followed by the Chief of Training for the Operations Support Division.  She served as Chief of Space Training at Headquarters Air Force, Pentagon, DC where she provided policy/oversight for initial skills, joint/allied, and executive space training and exercises. She continued her space career at the Commander, 18th Space Control Squadron, Detachment One responsible for the employment of the Space Data Mission Processing weapon system as well directing the Distributive Space Command and Control-Dahlgren mission through 24/7 surveillance of more than 22 thousand space objects while providing continuous operations of $13 million detachment.