After surviving an IED blast in Iraq that severed his left leg and resulted in the amputation of his right leg, Luke emerged as a key public advocate for wounded veterans. His injury was the beginning of a remarkable journey that took him from hopelessness in a hospital room to skiing black diamonds in Aspen, catching tuna on Jimmy Buffett's boat and speaking to thousands at the Pentagon. 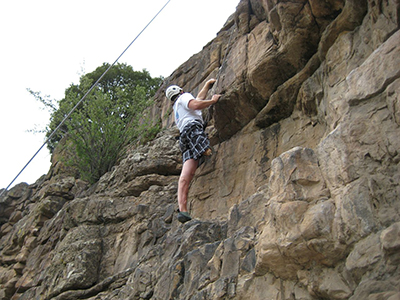 About the Lecture Series

The Helen Keller Lecture Series, which began in 1995 as the vision of Dr. and Mrs. Jack Hawkins, Jr., was initiated to call attention to and raise awareness of the challenges of those with physical limitations, particularly those affecting sensory ability. Through the years, the lecture has also provided the opportunity to highlight those who have devoted their careers to meeting the needs of the sensory impaired and to celebrate the collaborative efforts and partnerships of Troy University and the agencies and individuals who serve these special individuals.

Helen Keller was an Alabamian, an American author and lecturer. She overcame considerable obstacles to serve as an inspiration for other persons with disabilities. Born in Tuscumbia, Alabama, she had an acute illness that left her deaf and blind at 19 months old. No way could be found to educate her until her seventh year when she began her special education in reading and writing with Anne Sullivan.

Miss Keller quickly learned to read by the Braille system and to write by means of a specially constructed typewriter. In 1890, she learned to speak after only one month of study. Ten years later she was able to enter Radcliffe College, where she graduated with honors in 1904.

Miss Keller then served on the Massachusetts Commission for the Blind and, shortly thereafter, began lecturing throughout the world. After World War II, she visited wounded veterans in United States hospitals and lectured in Europe on behalf of those with physical impairments.

Her writings include “The Story of My Life,” “The World I Live In,” “Out of the Dark,” “Midstream,” “My Later Life,” “Let Us Have Faith,” "Teacher: Anne Sullivan Macy” and “The Open Door.” Her life is the subject of the film, “The Unconquered,” and the play, “The Miracle Worker,” which was made into an award-winning film by American author William Gibson.

Watch the stream live on Nov. 10 by visiting troy.edu/live.