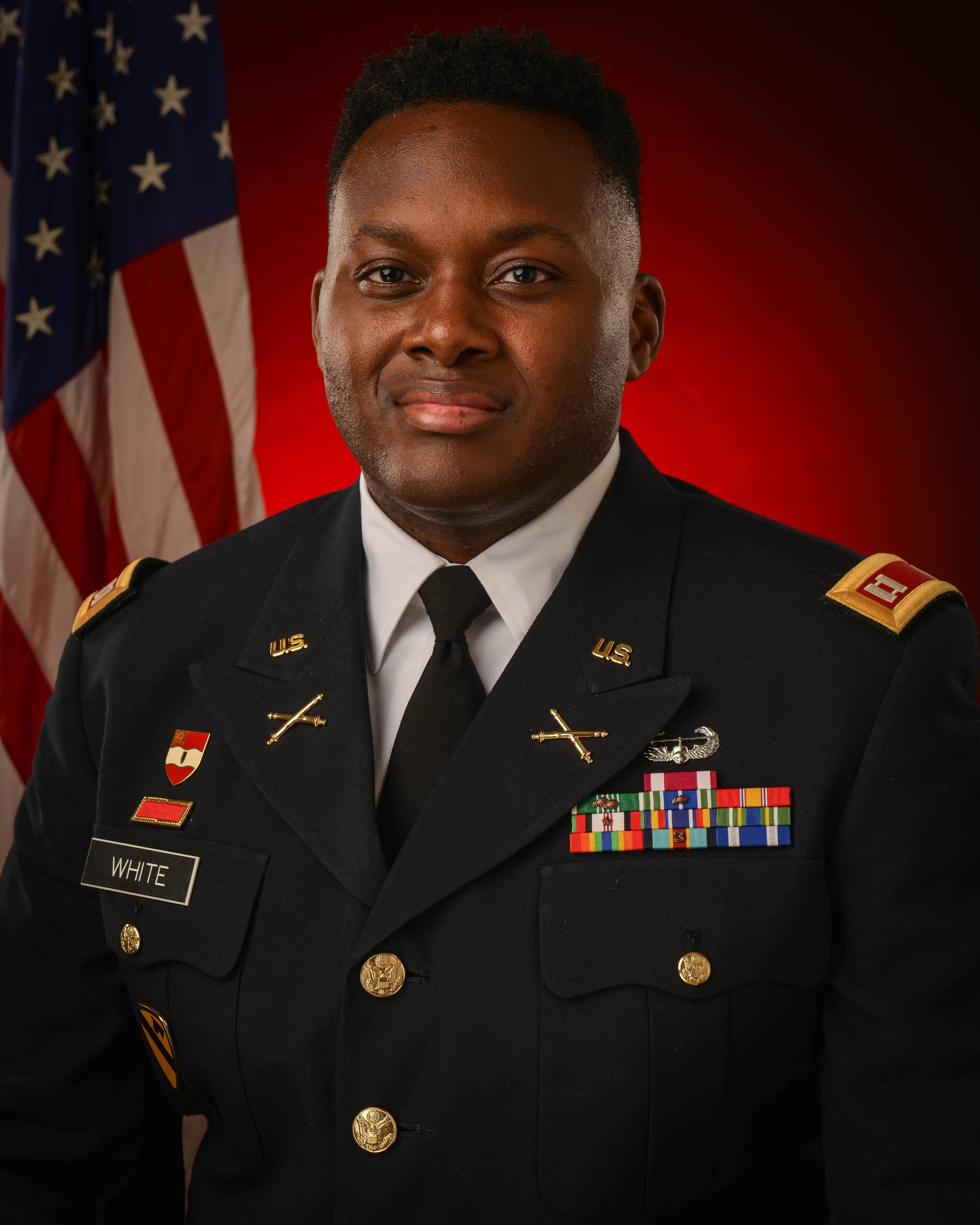 Captain Jacob “Trey” White III hails from Beaufort, South Carolina and was commissioned in May 2012 through the Reserve Officer Training Corps at Augusta State University as a Second Lieutenant of Field Artillery. Some of his hobbies are spending time with family, football, basketball, brazilian jiu-jitsu, and cooking.  Captain White is married to the former Jessica Smith of Hinesville, GA and they have three children: Arianna (8), Laila (5), and Amir (1).

Bachelor of Arts Degree in Political Science from Augusta State University (2012); Master of Arts in Management and Leadership from Webster University (2020).