The mission of the Troy University Arboretum is to acquire representative species of the flora of Southeast Alabama and to display them in situations that mimic the natural conditions under which the species would occur. In particular, the Arboretum is interested in research on rare and uncommon species and communities. The Arboretum works to preserve representative members, communities and habitats of the Wiregrass region of Southeast Alabama on its 75-acre's adjacent to Troy University's main campus and on its 18 acre Pocosin Nature Preserve located approximately 6 miles due east of the main campus.

The Arboretum seeks to further the educational opportunities available to the University and the surrounding area. As such, the Arboretum serves as a living laboratory for ecology, field botany, field vertebrate zoology, environmental science, entomology, and other classes, introducing students to the variety and diversity of the Wiregrass region of Alabama.

The Arboretum also serves as a readily accessible area to the University and the city of Troy for such activities as picnics, bird watching and the simple enjoyment of nature. The Arboretum is open to the public from sunrise until sunset seven days a week.

The rebirthing of a nature sanctuary in a city 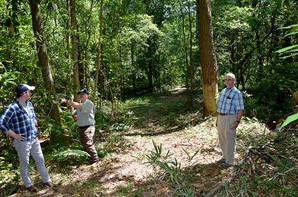 In the distance, there were sounds of a city. The hum of traffic, the occasional honking of horns. Voices and a boom box. But, just down the trail, the sounds of Mother Nature hushed - the chatter of squirrels, the singing of birds, the humming of bees, rustling in the brush. And, then there were voices. Excited voices. Troy University Professor Dr. Alvin Diamond, Jonathan Miller, a lecturer and biologist; Rose Horn, a graduate student; and volunteers Clark Harris and Joshua Bailey were just where they wanted to be and doing exactly what they want to do – bringing back the beauty of and purpose for the Troy University Arboretum.

The Arboretum is a treasure for the university, the city of Troy and all who will come to enjoy the “fruits” of Mother Nature. That was the consensus of the group. “And the Arboretum has been left to linger too long.” The Arboretum has recently been returned to the university’ biology department and efforts are underway to bring the 75-acre Arboretum back to where it has been and beyond. A $5,000 grant from Bass Pro Shop was seed money for the projects that are underway including the replacement of the deck on the education complex building. The roof is also in need of repair. “The plan is to get the facility usable again,” Diamond said. “It can be useful for schools, for groups including the Pike County Treasure Forest, master gardeners. The interest of the volunteers is not limited to but focuses on the pond. “We’d like to clear around the pond. It’s great view when you can see it,” Josh said. “We’ve been out on the water a few times but we want to get canoes back out on the pond.” The arboretum includes walking trails that total under six miles but only one mile is now open. “A lot of debris has to be cleared and it includes a lot of big logs,” Clark said. “Dr. Diamond said the logs will probably be used to line the trails rather than trying to remove them.” Rose is in graduate school, mainly due to her interest in the restoration of the arboretum. “This is such a great place with all kinds of wildlife and vegetation,” she said. “I want to be a part of bringing the arboretum back to life and making it a destination for those who enjoy nature.” For Miller, the arboretum will be a place for students to come to learn and to enjoy and for the community as well. “More classes can be taught out here and we can also have labs, “Miller said. “There are many teaching and learning opportunities that will be available, not just for university students, but high school and elementary students and also the community.” Diamond said the arboretum is a natural park in the midst of a busy city. “It’s a place where people can come to enjoy nature in many different ways, alone or with others,” he said. “We are excited about the progress that is being made and the many opportunities the arboretum will offer our community.” 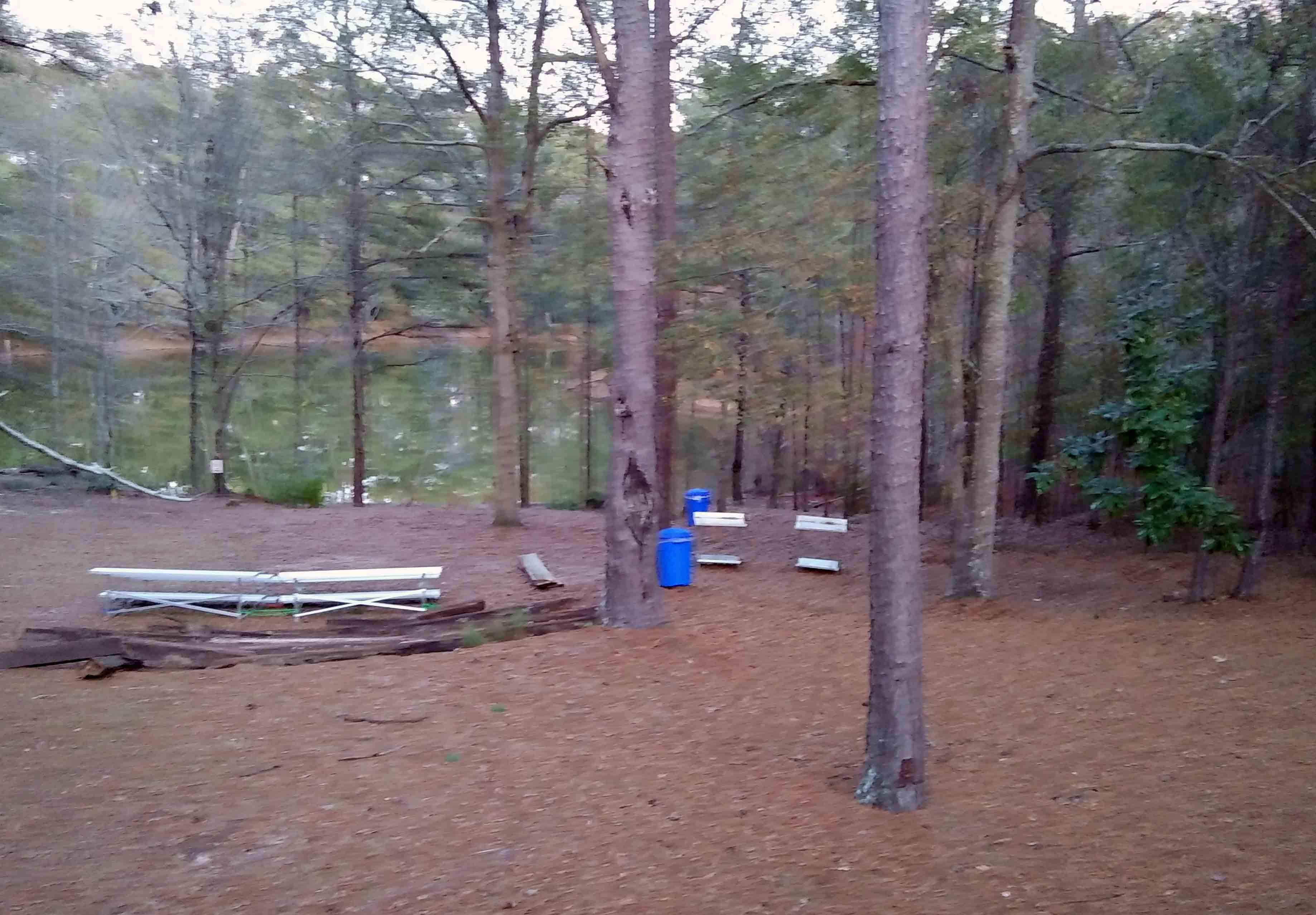 Troy University’s arboretum was recently awarded $4,000 total in grants from the Wiregrass Resource, Conservation and Development Council and Walmart for continued upgrades and improvements.

Dr. Alvin Diamond, arboretum director and biology professor, said the $3,000 grant from Wiregrass RC&D will be used to re-install kiosks near the trailheads of the Magnolia Loop and Meadow Loop half-mile trails, along with placing markers with scientific and common names for plants to assist in re-establishing the self-guided nature trail.

“These were self-guiding nature trails with marked stops that identified interesting plants or habitats and had an accompanying trail guide which provided information about each stop. In addition, there were individual markers throughout the arboretum providing the common and scientific names of plants along the trails, and two kiosks with maps, arboretum rules and educational posters,” he said. “Due to storm damage, lack of maintenance, age and vandalism, the trails at the arboretum have been closed for a number of years. The trails have been cleared and we are now ready to identify the plant species.”

The plant identification markers will also feature a QR code that will allow visitors to scan the code and be directed to a website that will provide more information on the plant. Additional information will include nativity, human and wildlife uses, cultural information and interesting facts and will be developed by students in the Tri Beta Honor Society within the Department of Biological and Environmental Sciences.

The $1,000 grant from Walmart will be used to create a pitcher plant bog. Pitcher plants are carnivorous plants that trap and digest insects and small animals.

Volunteers planted saplings across the grounds of the arboretum in December.
Diamond said the outpouring of support over the last year since the College of Arts and Sciences regained care of the arboretum has made all the difference in its rehabilitation. In addition to other grants,  the arboretum has been flooded with faculty and student volunteers as well as volunteers from community organizations, like the Kiwanis Club and local Girl Scout troops.

“The community support has been great. It’s wonderful to have help to get us back to at least where we used to be. We’ve made a lot of progress. It’s been a daunting task to undertake, but we’re really starting to see the progress,” he said. “I didn’t know how long it was going to take, I just knew we were going to get it done one way or another. We encourage everyone to come out and see what we’re doing and enjoy the arboretum.”

The arboretum encompasses 75-acres and features seven and a half miles of nature trails, over 500 identified plant species, a pond, an outdoor classroom and an indoor classroom. Classes are currently being held in the newly-renovated outdoor classroom, and an area has been cleared for a pollinator garden for bees, butterflies and other important pollinators. Future upgrades will feature removing invasive species, planting native azaleas and magnolias and establishing a wildflower garden.

Four trails are open for use. Dogs and bikes are welcome.

To stay up-to-date on the latest projects, visit the arboretum’s Facebook page.