The Alabama River is formed by the Tallapoosa and Coosa rivers, which unite about six miles north of Montgomery. It flows west to Selma, unites with the Tombigbee, and forms the Mobile and Tensaw rivers, which discharge into Mobile Bay. Because the river flows through the heart of the state and is navigable throughout the year, it played an important role in Alabama’s 19th century economy by making it easier to transport goods to the Gulf of Mexico. In 2006, a small group of boating enthusiasts conceived the Alabama Scenic River Trail, which begins at the Alabama/Georgia state line where the Coosa River enters Alabama and ends 631 miles later at Fort Morgan at the Gulf of Mexico. It is the longest recreational water trail in any single state in the United States. 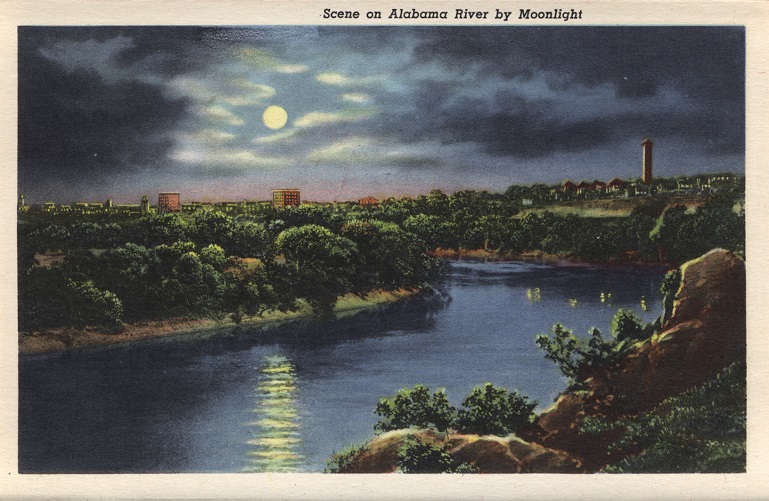 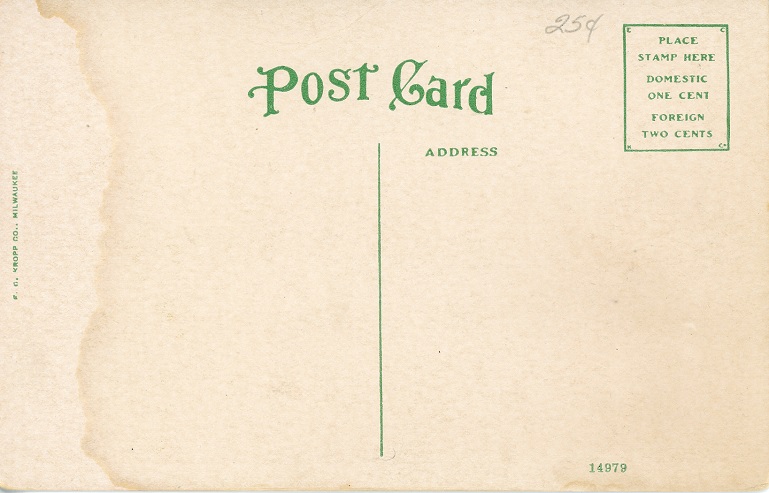 Cheaha Mountain is the highest point in Alabama at 2,407 feet above sea level and the centerpiece of Cheaha State Park. The state purchased the mountain in 1933; and, with the assistance of the National Park Service and the Civilian Conservation Corps (CCC), turned the heavily timbered heights into a national treasure. The creation of the six-acre Cheaha Lake was the CCC’s most ambitious project, but the crews also built numerous structures, replanted trees, and improved roads to provide public access. The park is located in Clay and Cleburne counties and it is Alabama's oldest continuously operating state park. 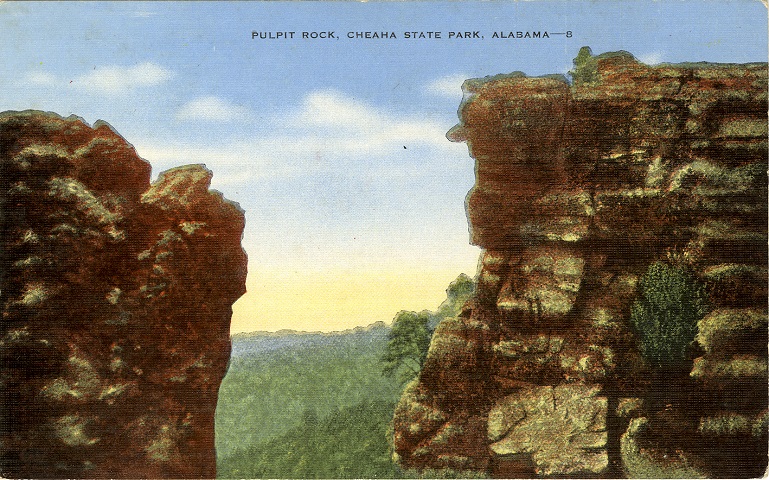 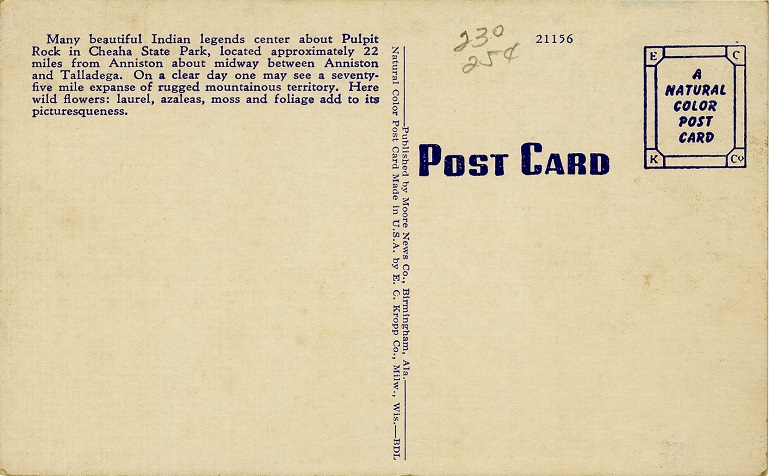 The founders of Fairhope settled on a high bluff overlooking Mobile Bay in 1894 to establish the “Single-Tax Colony” inspired by the writings of Henry George. Their economic plan did not succeed as envisioned, but it did attract an eclectic assemblage of industrious, creative and freethinking people who formed the backbone of the city. Fairhope has always been a resort community. Early visitors came by boat from Mobile to enjoy the pleasant climate, peaceful surroundings, and inspiring scenery. The quarter-mile pier is Fairhope’s “town square” or gathering place with an uninterrupted view of the setting sun. 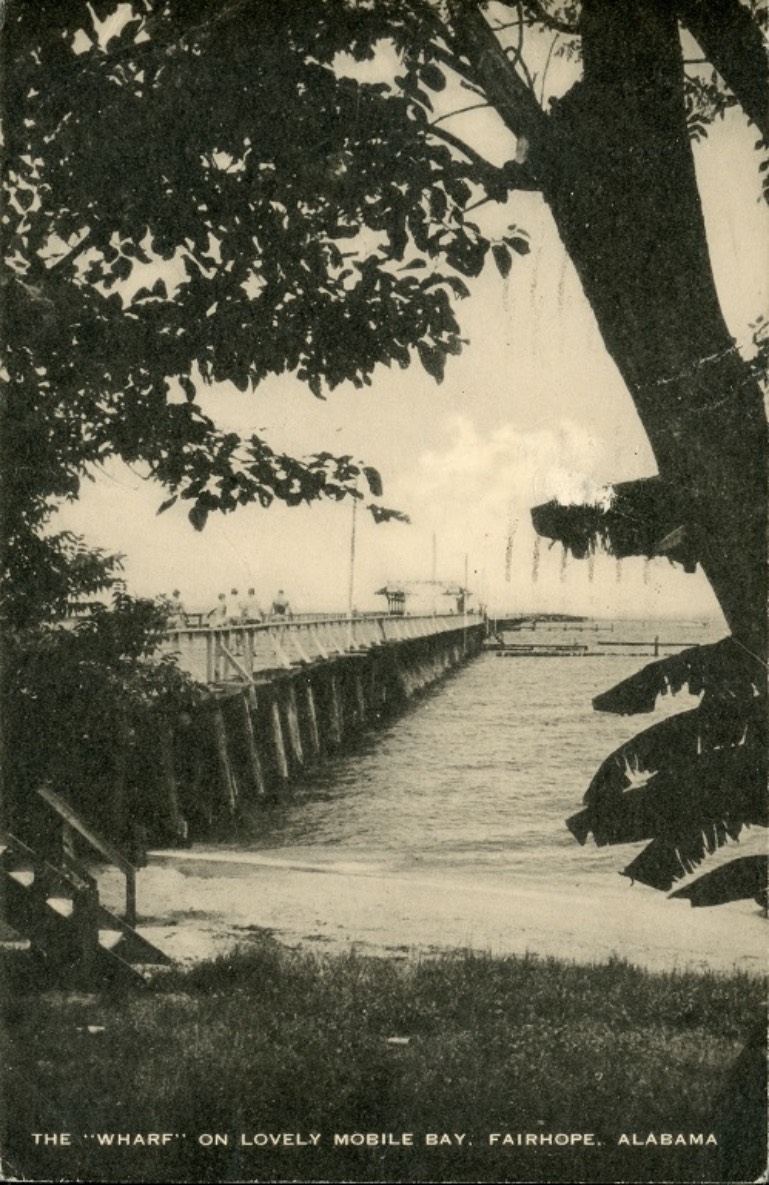 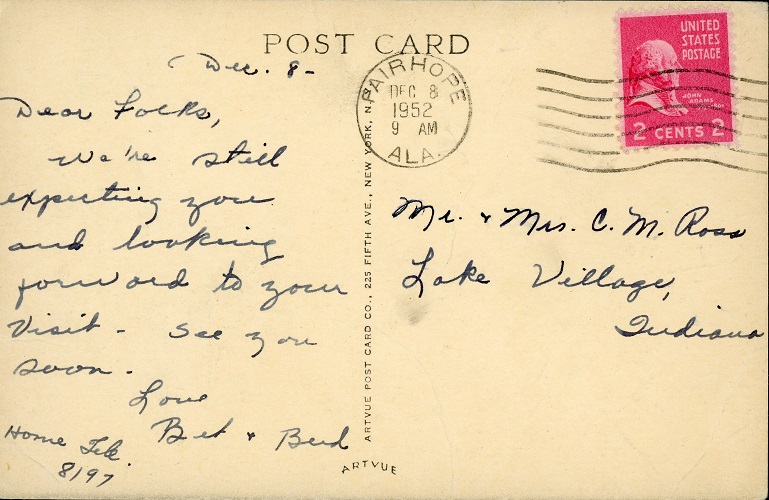 The Little River Canyon in Northwest Alabama’s Cherokee County, formerly known as May's Gulf or May's Gulch, is one of the deepest canyon systems east of the Mississippi River, reaching depths in excess of 600 feet in some sections. It was carved out by the Little River, which is unique because it is the only river that forms and flows for almost all of its entire length on the top of a mountain. Little River Canyon National Preserve was made a unit of the National Park System in 1992 and is a partner agency of DeSoto State Park. This postcard is part of the “Alabama, in the Heart of Dixie” souvenir pack so it does not have the normal postcard back. 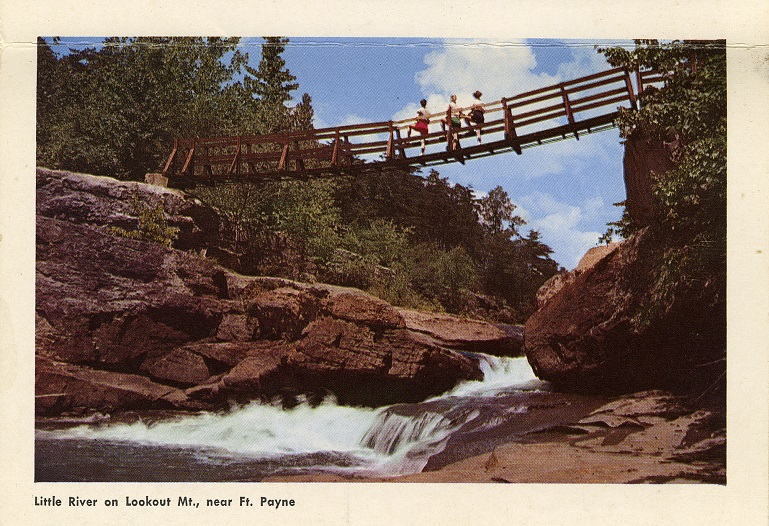 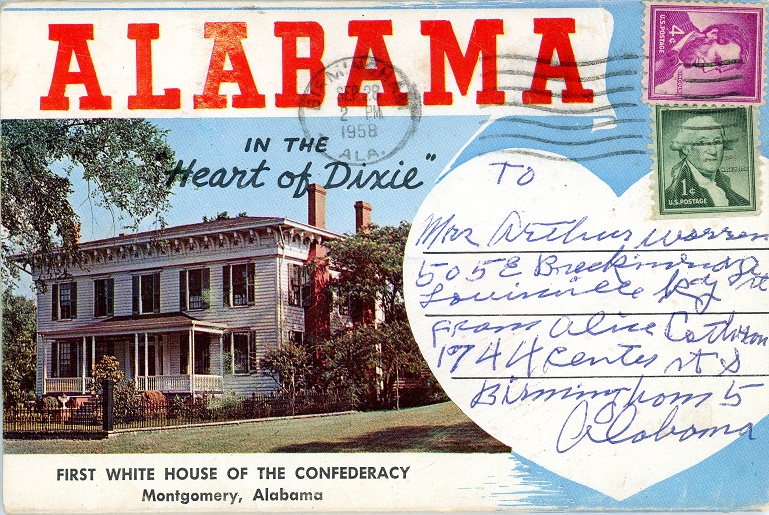 The main feature of Noccalula Falls Park in Etowah County is a 90-foot waterfall. It is a natural waterfall fed by Black Creek and relies on rainfall for its water flow. Visitors have reported seeing the waterfall both as a trickle and as a rush of water. In 1909, former Gadsden mayor R.A. Mitchell procured the Falls to sell to the city as a park. The city of Gadsden purchased it in 1946. The falls are named after the legend of a heartbroken Cherokee maiden who jumped to her death there. The nine-foot bronze statue depicting Noccalula is the work of Suzanne Silvercruys and was dedicated in 1969. 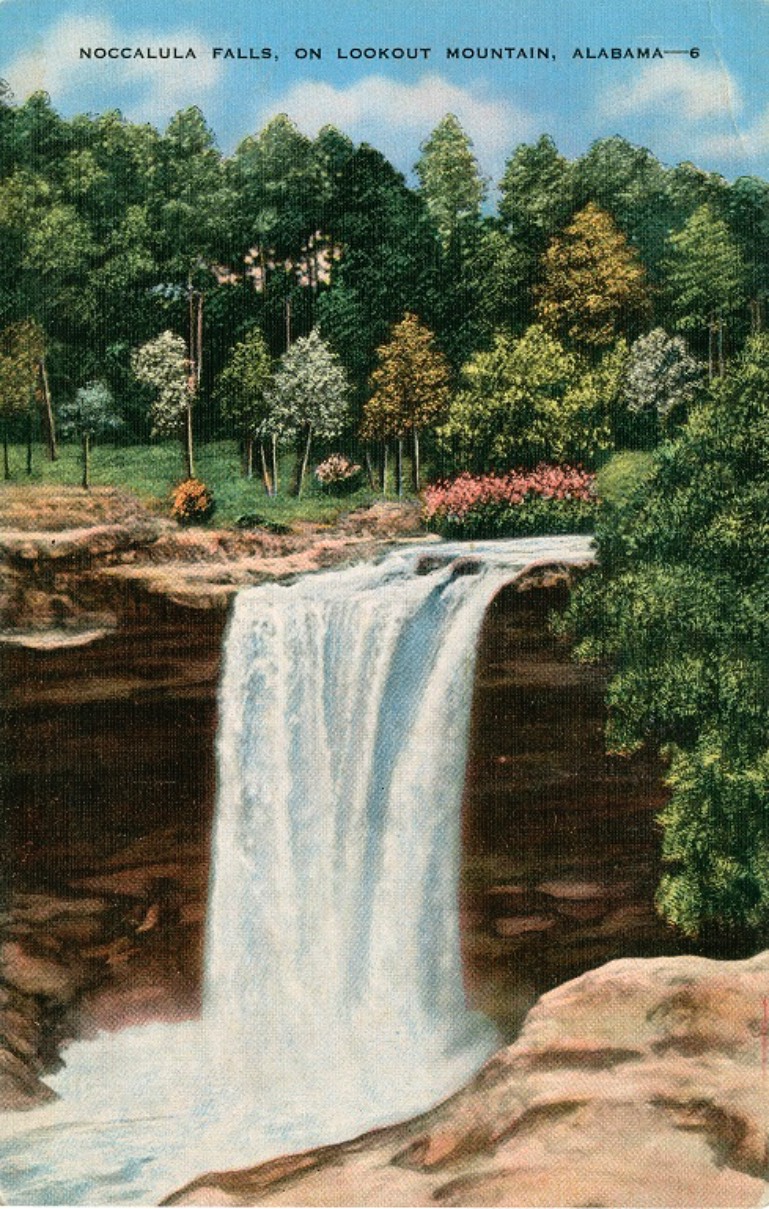 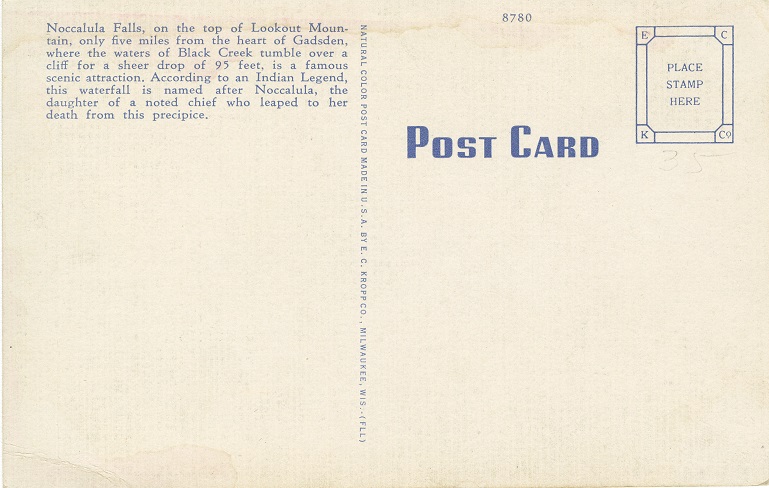 Mobile Bay appeared on Spanish maps as early as 1500. Early explorers recognized the strategic importance of the Bay, from which they could move deep into the New World while maintaining a water route back to their ocean-going vessels in the Gulf. However, a shallow harbor, continual political unrest, and disease impeded the growth of the fledgling port. In the early 1800s, the river basin was connected to the Bay, and the harbor was deepened by 7 feet alleviating some problems. In 1870, wreckage was cleared and the ship channel was again deepened, providing a boost to the shipping industry. By 1890, the channel had reached 23 feet, enabling ocean-going vessels to dock at Mobile's port for the first time. The Port of Mobile has seen continual improvements which have resulted in it becoming the nation's ninth largest port. 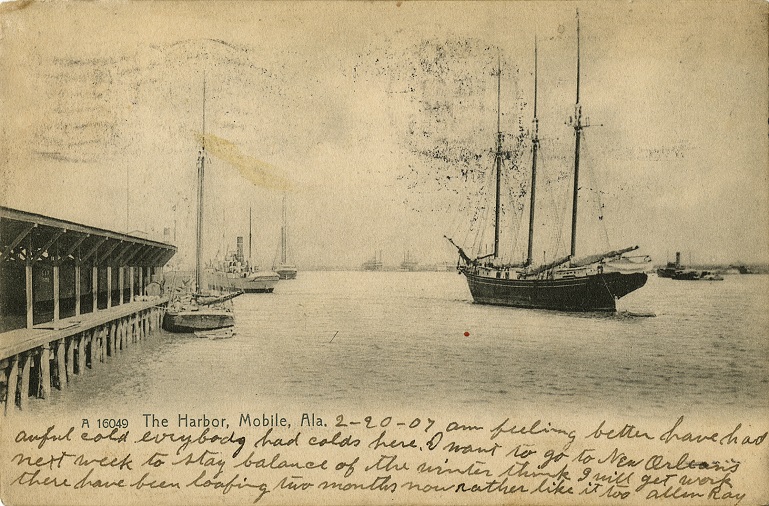 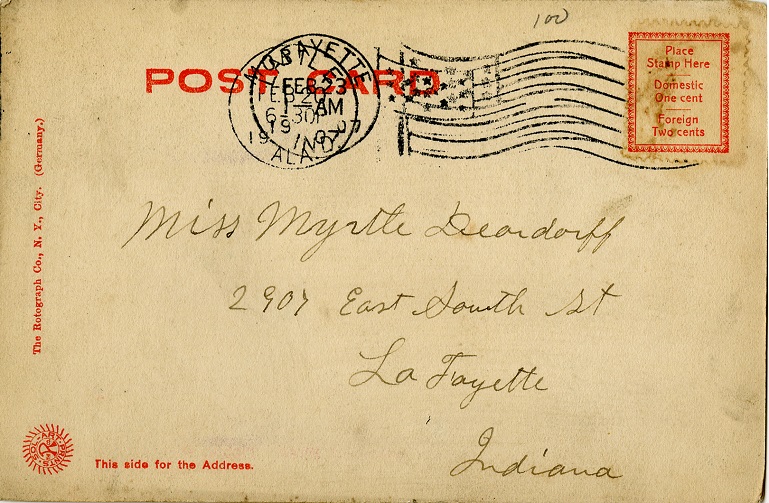 2-20-07 am feeling better have had awful cold everybody had colds here. I want to go to New Orleans next week to stay balance of the winter think I will get work there have been loafing two months now rather like it too Allen Ray Addressed to: Miss Myrtle Deardorff 2907 East South St. La Fayette Indiana

Sylacauga, in Talladega County, sits on a 32-mile-long, 1.5-mile-wide and 400 foot deep natural bed of cream-white marble. It is the only deposit of its kind known in the world. Physician Edward Gantt was the first to record the discovery of marble in 1820. The George Herd Family established the first successful mining operation in the mid-1830s and sold the first quarried marble from the area in 1838. Italian sculptor Giuseppe Moretti is credited with making the state's marble resources famous. Sylacauga marble is among the highest quality stone in the world and earned the town the Marble City nickname. 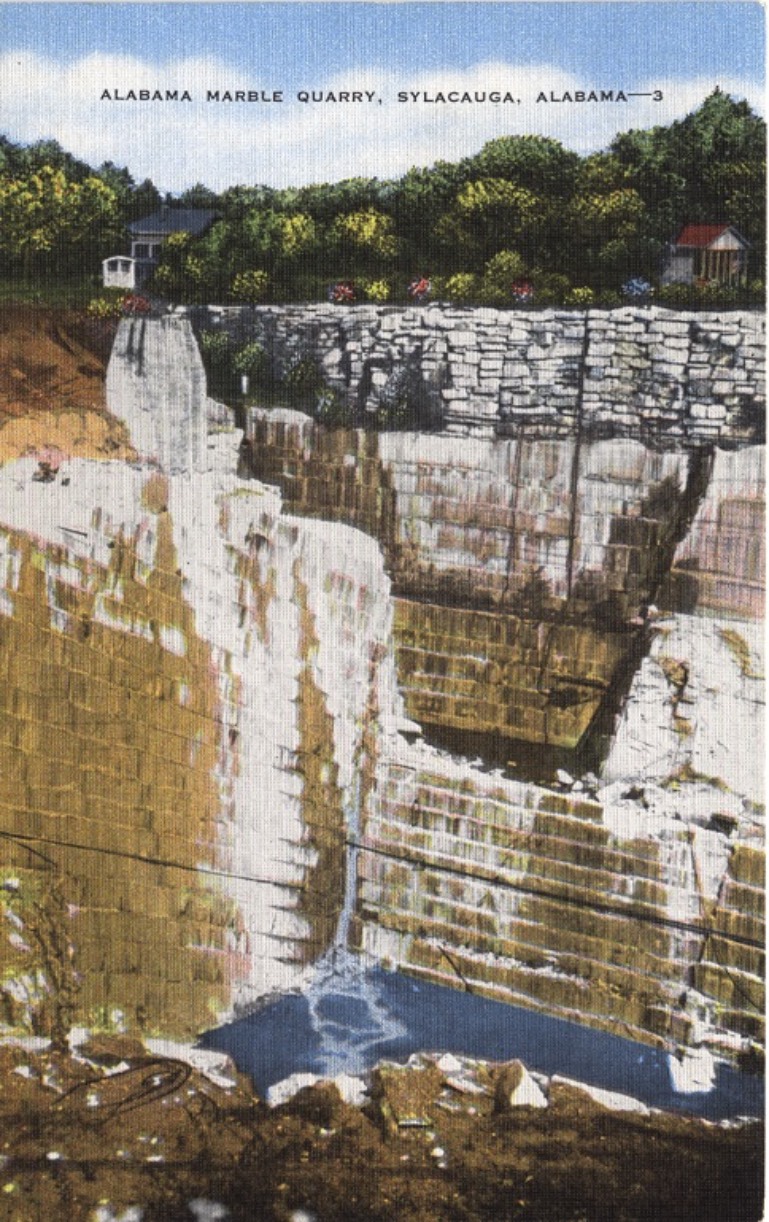 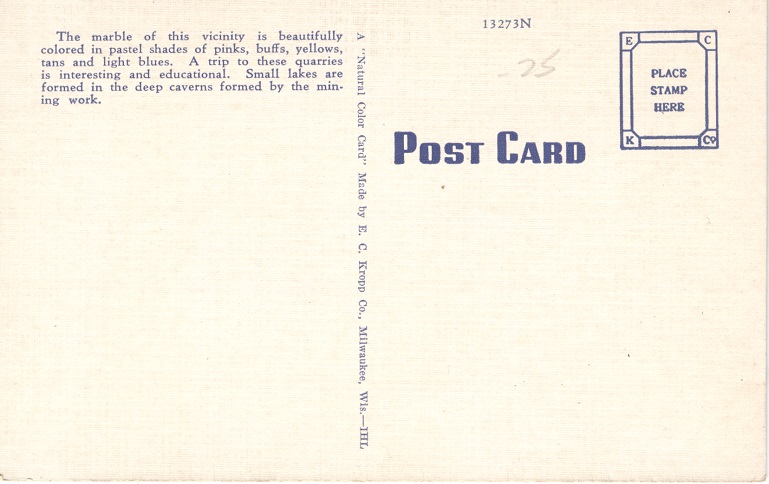 The Tennessee River is unique in that it runs east to west, but it also turns north and flows to the Ohio River. This feature made it an important mode of transportation for people and products in North Alabama. However, the approximate 80-miles of shell middens at Muscle Shoals effectively stopped boat traffic and cut the river into two sections. As early as 1783, ideas to circumvent the shoals were proposed, but most failed. In 1832, an idea that succeeded temporarily was the Tuscumbia, Courtland, and Decatur Railroad, which was the first railroad in Alabama. The Wilson Locks and Dam, completed in 1924, submerged the shoals and finally made this area navigable. 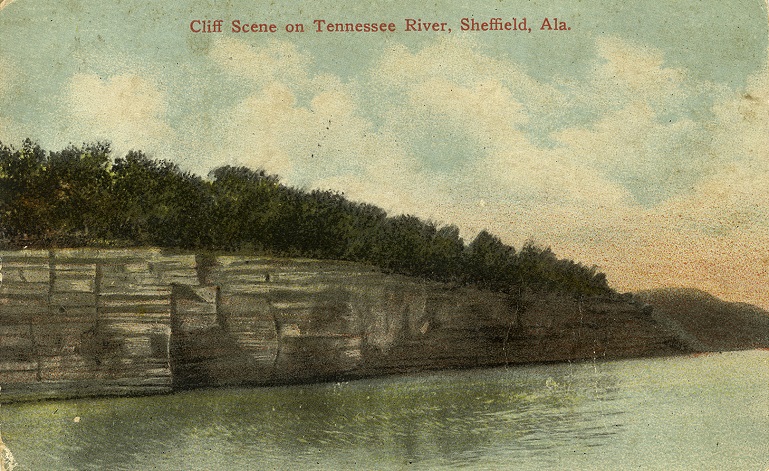 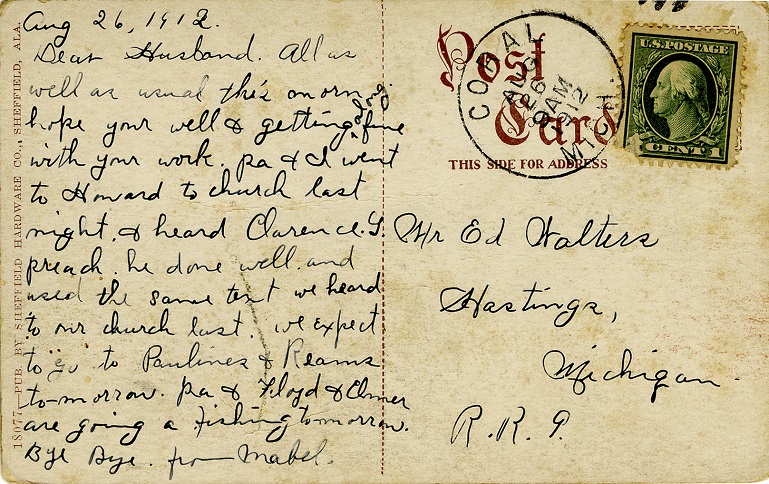 Aug 26, 1912. Dear Husband. All us well as usual this morn hope your well & getting along fine with your work. pa & I went to Howard to church last night & heard Clarence T. preach. he done well and used the same text we heard to our church last. we expect to go to Paulines & Reams tomorrow. pa & Floyd & Elmer are going fishing tomorrow. Bye Bye. from Mabel. Addressed to: Mr Ed Walters Hastings, Michigan R. R. 9.