In 1975, Nall discovered the enchanting and mysterious "Alice’s Adventures in Wonderland" and "Through the Looking Glass". He read and studied the text with great passion, intrigued by the author, Lewis Carroll, and the main character, Alice. Nall consequently embarked on the creation of what can be hailed as the most important series of his lifetime, “Alice in Wonderland,” in 1977 through 1979.

Having spent the prior decade perfecting pencil drawing techniques at Ecole des Beaux-Arts in Paris and the University of Alabama, as well as being mentored by surrealist painter Salvador Dali, Nall produced this series of artistically stunning pencil drawings with invented techniques and exquisite detail.

The mesmerizing kingdom portrayed in the novels by Carroll, as well as the persona of the author himself, captured Nall’s full attention, influencing him to jump down his own “rabbit hole.” To illustrate his unique perspective on the story, Nall traveled the globe searching for those who would serve as his whimsical characters, which included friends, politicians and even royalty. While reminiscent of Carroll's famed scenes, Nall's “Alice" and accompanying characters explore what is unique to Nall's youthful explorations and deviations in a manner that is both fantastical and provocative.

Nall often wanders into the frames of the series, obscured by makeup, leading viewers on an unsettling, complex, and humorous journey. The “rabbit hole” Nall propels his viewers into allows them to ponder their own “wonderland” that they live in and the passages they experience. Nall was brave enough to look in the mirror and document his world through a glass that exposes the true raw nature of his youthful days, reflecting that we’re all running to beat the clock of life, much like the dash of the Mad Hatter.

* This exhibit is recommended for mature audiences. 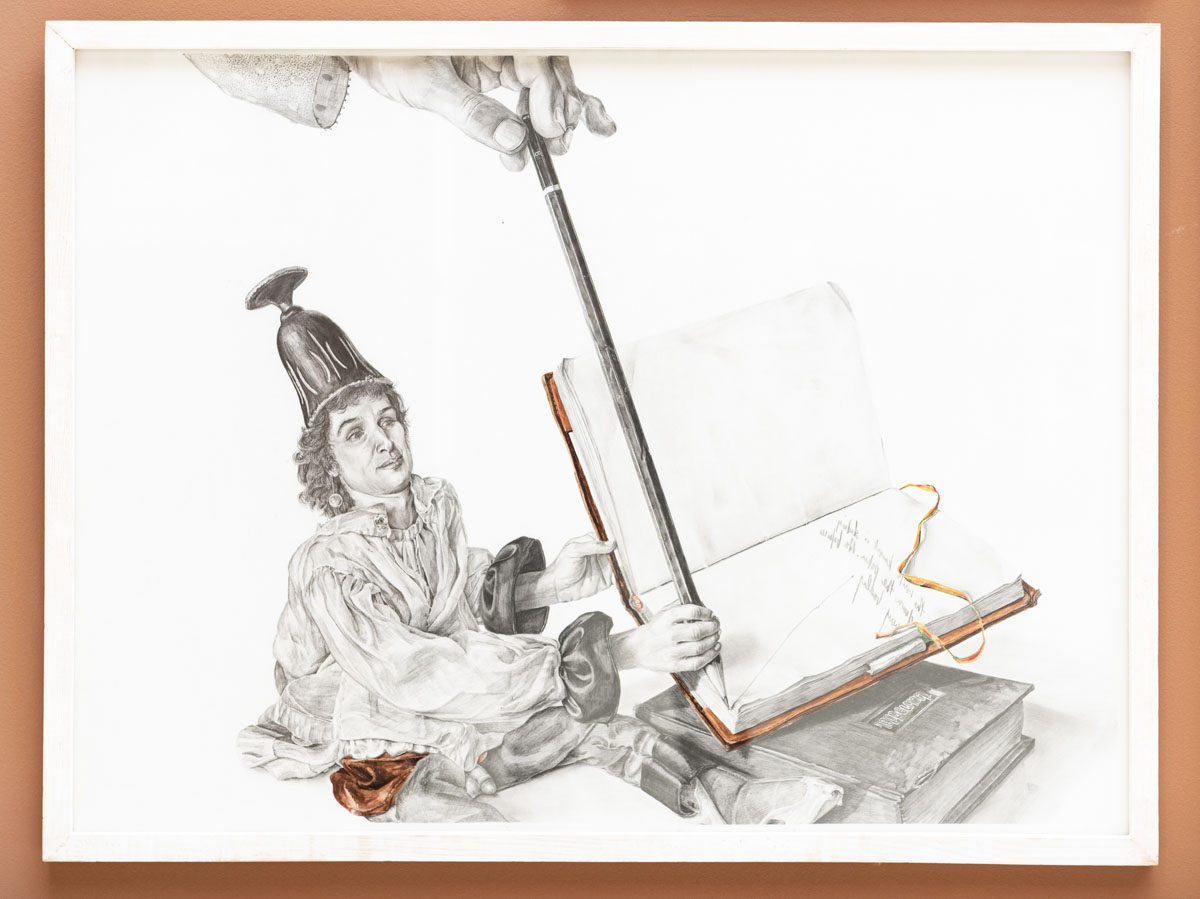 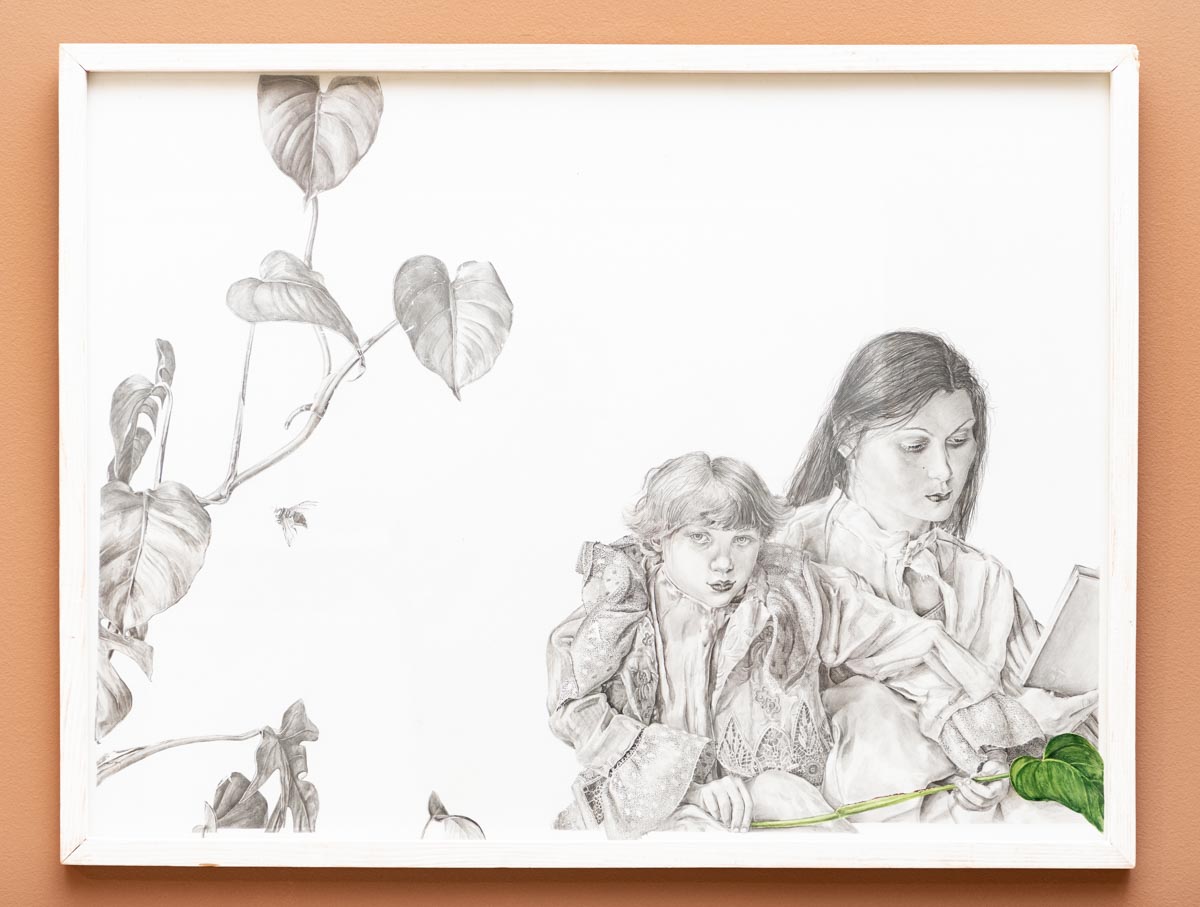 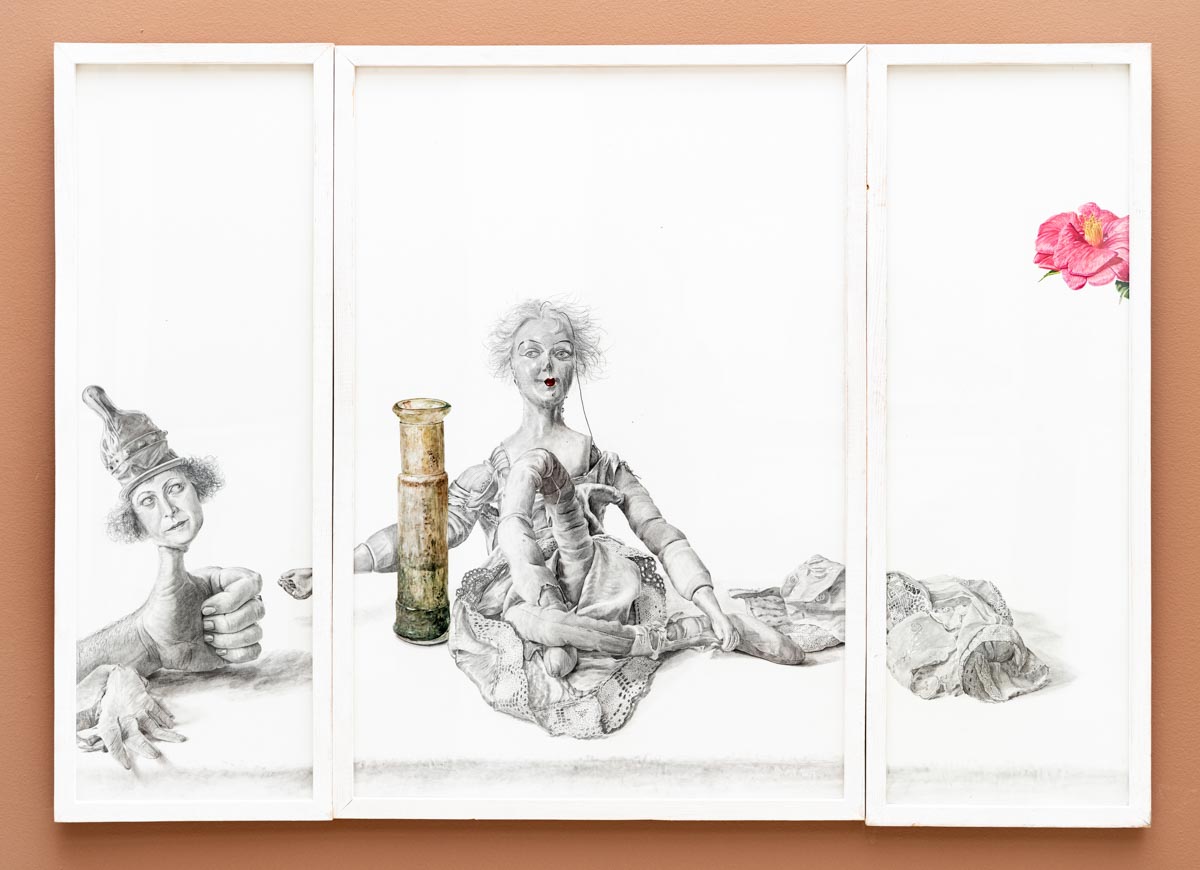 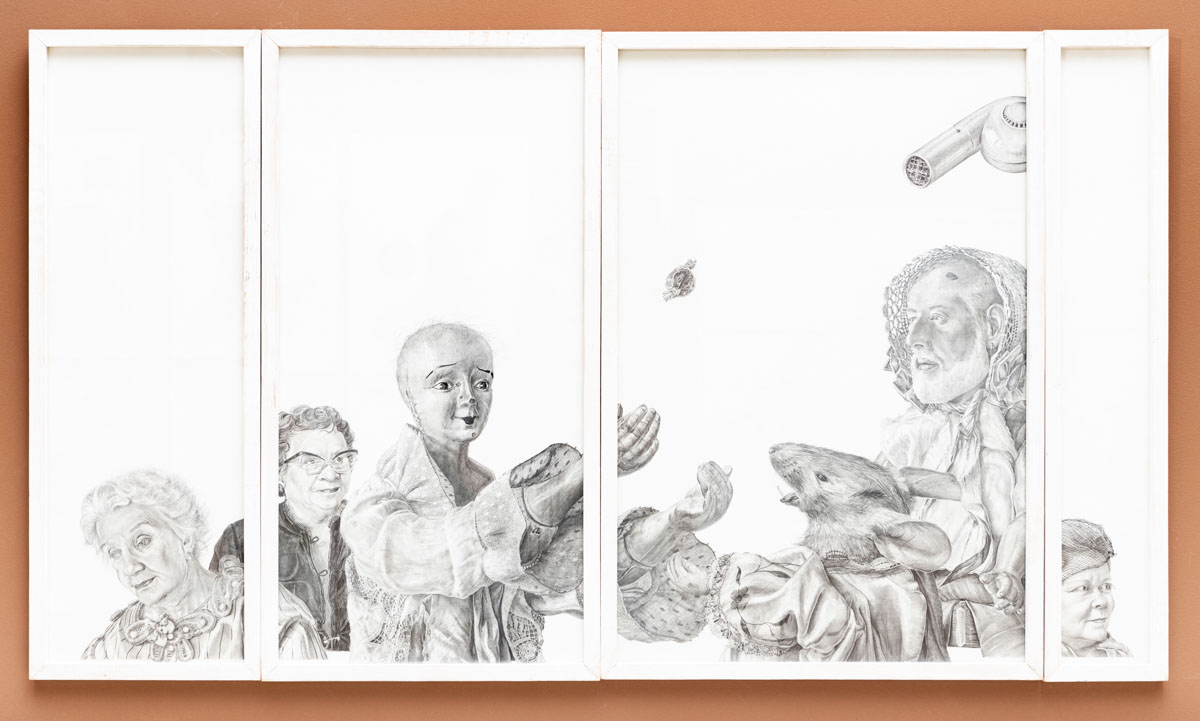 View the Exhibit with Nall

Nall’s ‘Alice in Wonderland’ exhibit to premiere at IAC Oct. 8 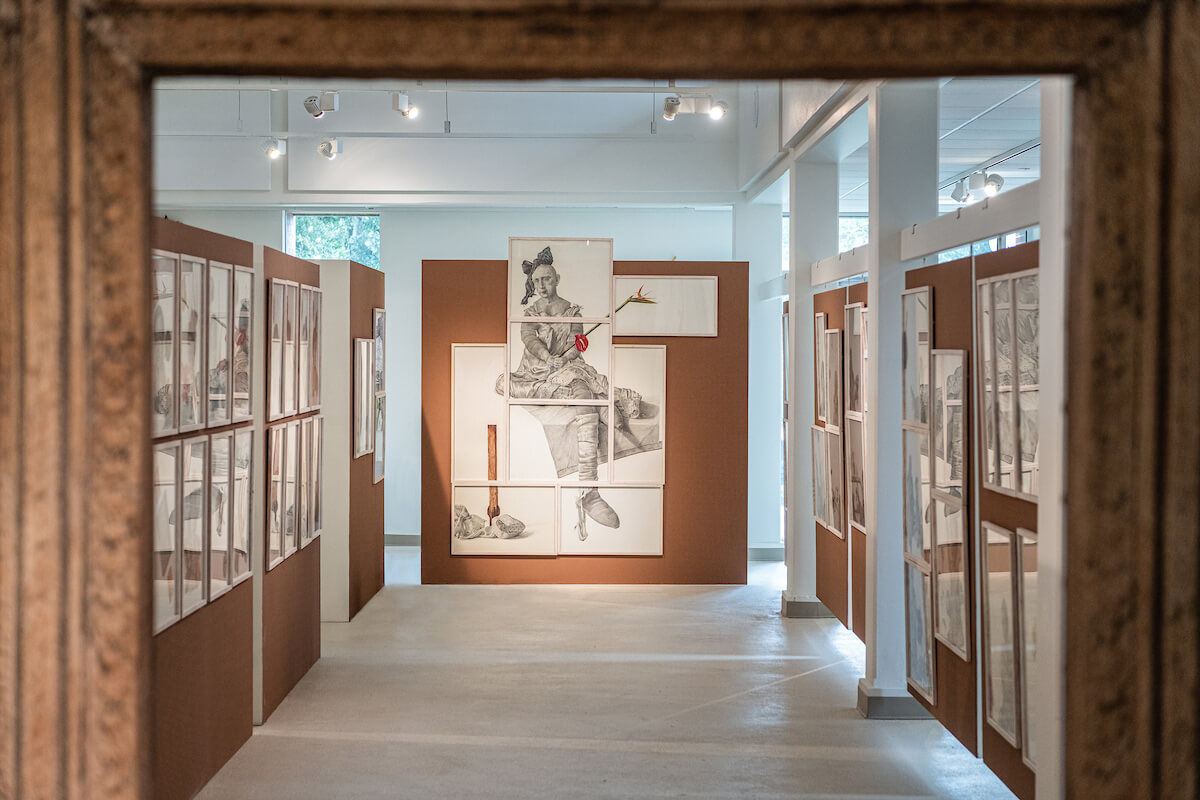 World-renowned artist Fred “Nall” Hollis is bringing what is considered his most valuable and important series of art to Troy University’s International Arts Center.

“Alice in Wonderland,” an art series created by the Troy, Alabama-born artist from 1977 through 1979, will open to the public on Oct. 8 at the IAC.

The series, inspired by Lewis Carroll’s classic novels “Alice’s Adventures in Wonderland” and “Through the Looking-Glass,” holds a special place in the artist’s heart, both because it was born of his passion for the source material and because it recounts the true, raw nature of his youth.

About the Museum & Gallery

Over the course of his career, world-renowned artist Nall Hollis has collected his most important work to have on permanent display in his hometown of Troy, Alabama. The Nall Museum boasts work from all stages in the artist's life. His artistic talent is on display through media ranging from etchings, graphite, oil paint, watercolor, textile, sterling silver, porcelain, found objects and wood. Nall's art combines botanical elements of the American South, European opulence and Mexican craft in a collection that will give visitors a glimpse into the artist's imagination. 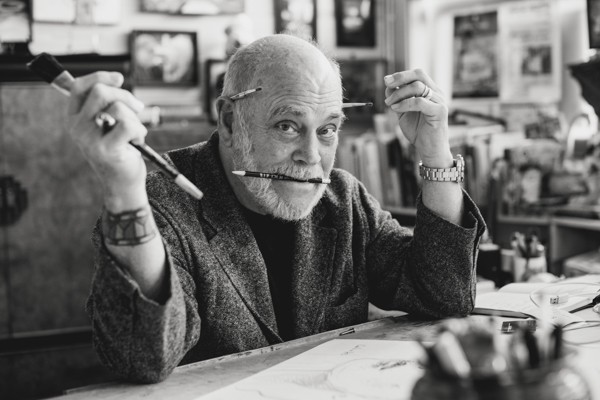 Nall, who was born in Troy, Alabama, in 1948, is a modern-day renaissance man who has created extraordinary works of art for 50 years. A multi-talented fine artist, he has traveled the world studying diverse cultures and exploring art, architecture and indigenous craft. Recent retrospective exhibitions of Nall’s work were exhibited at the Mobile Museum of Art, Mobile, Alabama, Miami Dade College, Miami, Florida, Menton Museum of Art, Menton, France, The Basilica of St. Francis in Assisi, the Museum of St. Augustine Pietrasanta, Italy, and The National Arts Club, New York City. The artwork in the exhibitions includes finely detailed drawings, remarkable botanical paintings and prints, complex mosaics, graphite portraits encased in elaborate frames, intricate line engravings and masterful watercolors. Exhibitions of Nall’s work have circulated the globe.

In addition to fine art, Nall’s work extends to the world of design as well. He has completed commissions in porcelain, Murano glassware and jewelry. His artwork was also chosen for a series of official postage stamps for the Principality of Monaco.

Nall’s designs also extend into the theatrical scene with his set and costumes for the Puccini Opera in Italy. His work reaches great proportions in his fifteen-foot-high white dove entitled “Violata Pax”(Wounded Peace) which invites the viewer to reflect on opposing forces of peace and war in our society. Nall created the NALL Foundation and the N.A.L.L. Art Association which helps educate artists, writers and musicians and instill within them a sober work ethic, while gaining experience as working artists.

Many years of study at the University of Alabama and in Paris’ Ecole Nationale des Beaux Arts improved my aesthetic and technical skills, as did observing human limits through political science and psychology. Having a mentor of Salvador Dali validated my audacity. These rebellious years of traveling and working in Europe, North Africa, the Middle East, India and Mexico gave me varied perspectives and experiences where I gathered many sources of aesthetic patinas. Setting technical rules for myself such as “not gluing any object on a surface until I could render it” and “draw from life until I could draw the hair growing from the head” helped direct an innate concentration for detail and collage. Mosaics from Carthage, Istanbul and Byblos enriched my eggshell and mirror mosaics from Mexico. Art inspires me especially when it has spiritual symbolism; from feeling the carved etchings of caves from prehistoric times to collecting today’s troubled icons of Alabama Outsider Art.

You can visit him in his studio located at 414 Equality Ave., Fairhope, Alabama. 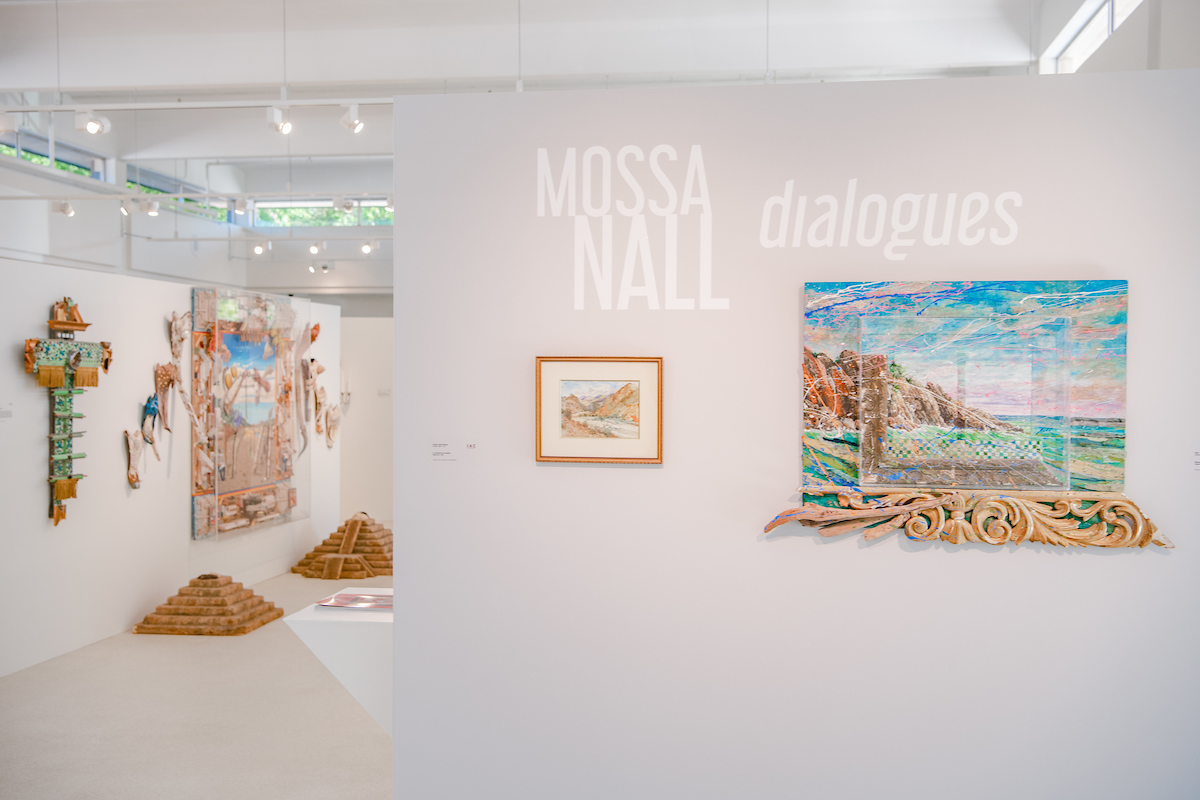 Described by many as a “modern-day Mossa,” Nall’s newest exhibit combines his slant on symbolist painting with that of French illustrator, playwright, essayist, curator and symbolist artist Gustav-Adolf Mossa, who died in 1971. Much of Mossa’s symbolist period focused on his reaction to the turn-of-the-century (1900-1911) boom of socialite leisure activity on the French Riviera, comically satirizing or condemning what was viewed as an increasingly materialistic society and the perceived dangers of the “new woman.”

Nall’s own artistry has been expressed through mosaics, including the monumental “Sunrise & Sunset Pensee,” hanging in Monaco’s Grimaldi Forum; sculptures including the “Violata Pax,” in Assisi and Pietrasanta, Italy, and in Troy; line engravings, some of which are in the permanent collections of the Boston Museum of Art and the Museum of Pau, France; porcelain, including three dinnerware designs for Haviland and Parlon of Limoges, France; sets and costumes, including those for operas performed in Italy; and carpets, consisting of tapestries hand-woven in silk and wool for Kamyar Moghadam in Monte Carlo, Monaco. 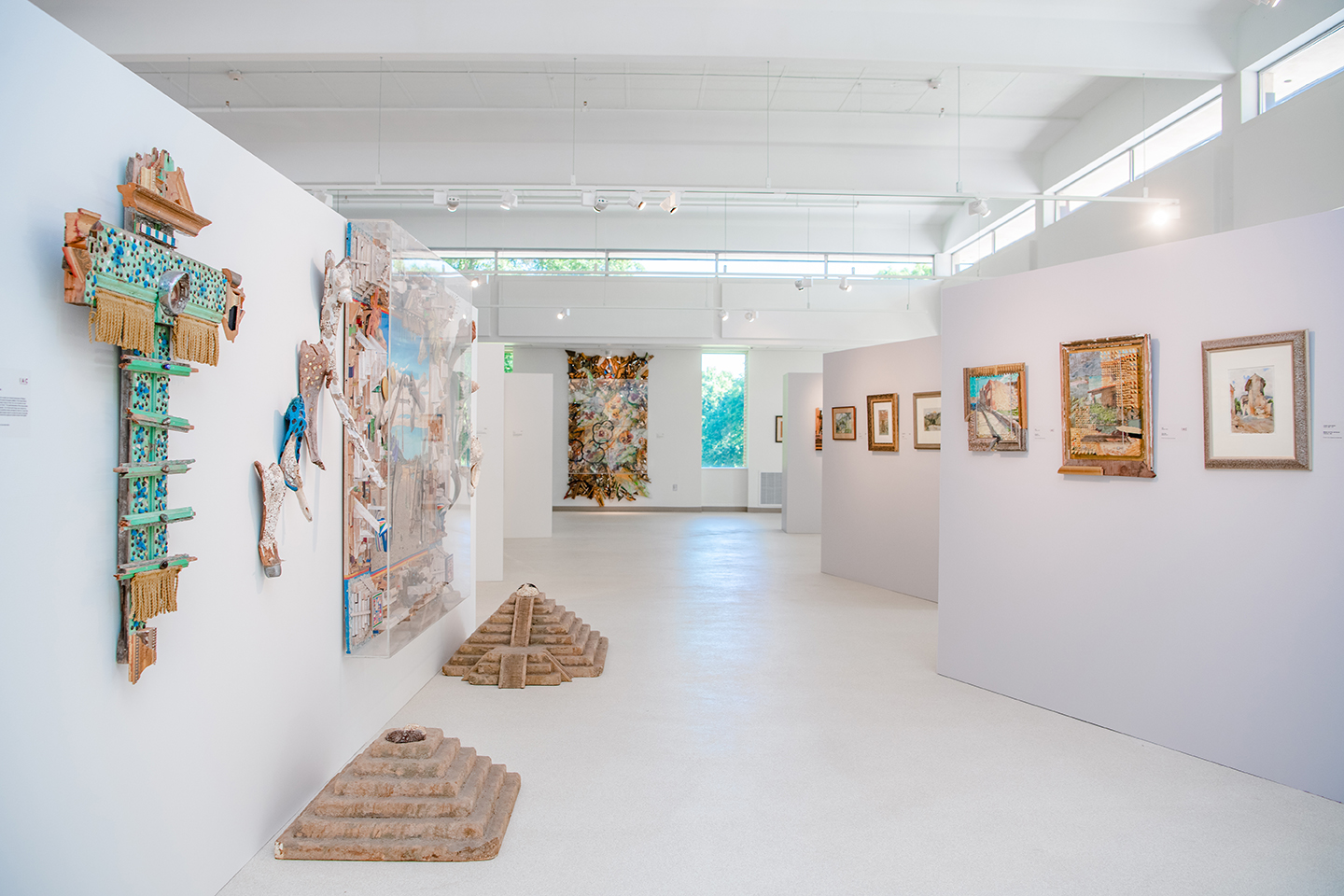 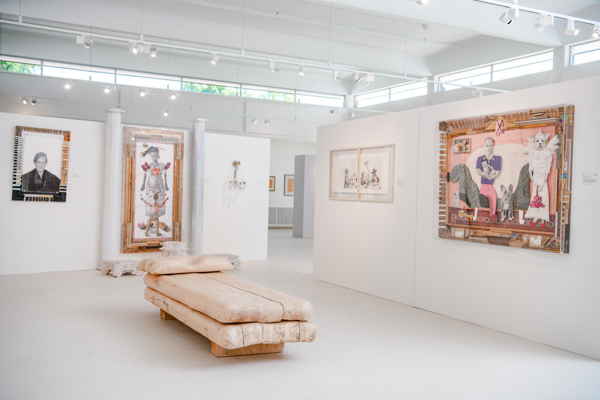 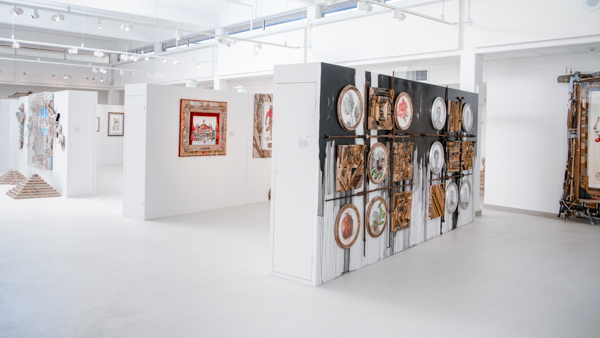 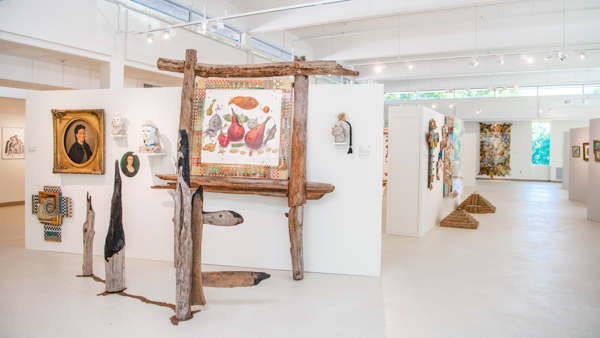 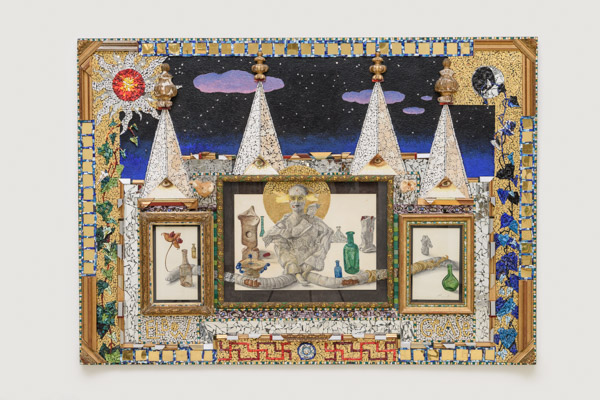 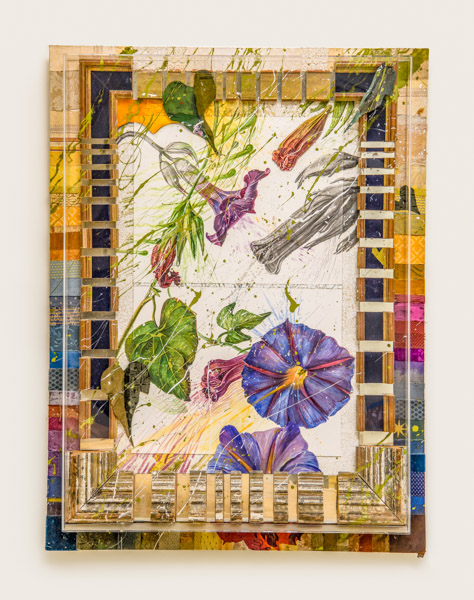 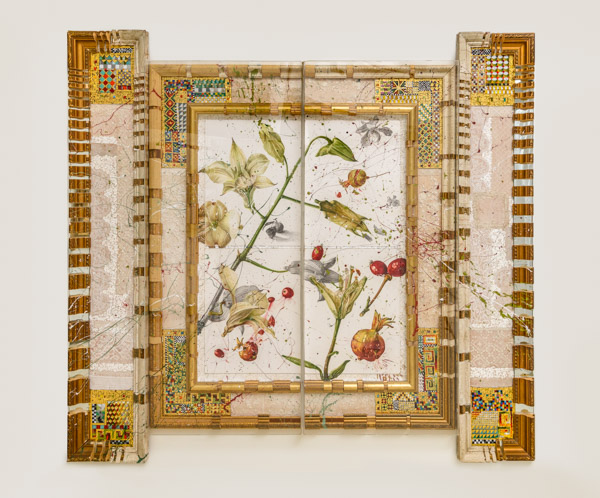 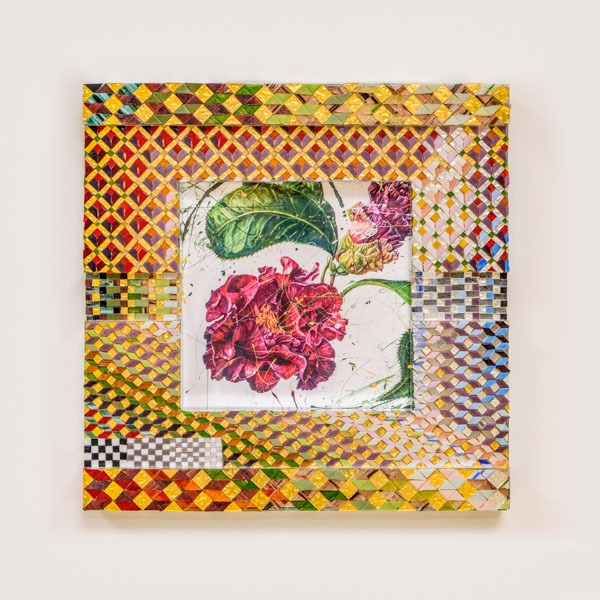 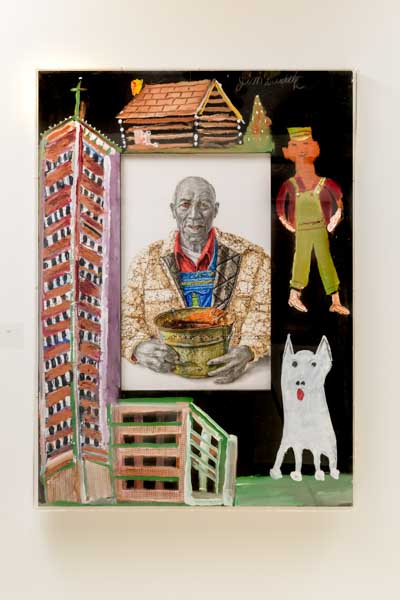 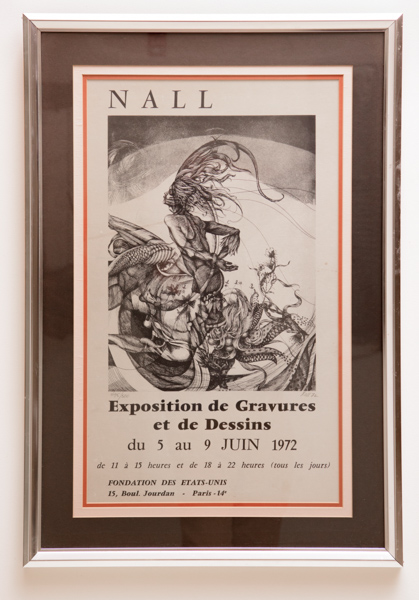