The Hampton Roads, VA Support Center will be closed Friday, January 21st due to inclement weather.

The Sumter, SC Support Center will be closed Friday, January 21st due to inclement weather. Staff are working remotely.

The Clarksville, TN Support Center is closed due to inclement weather. Staff are working remotely.

The Janice Hawkins Cultural Arts Park is home to 200 permanently exhibited Terracotta Warriors made by Dr. Huo Bao Zhu, from Xi’an China. The Warriors were constructed upon careful inspection of the original Terracotta Army buried with China’s first emperor, Qin Shi Huang Di to accompany him in his afterlife. With expert craftsmanship, Dr. Huo created this collection to reflect how they would have been originally constructed.

Referred to as the eighth Wonder of the World, the original Terracotta Warriors date back to 209 B.C. and were found in 1974 by a worker digging a well. It is believed as many as 8,000 warriors exist, nestled in the grave among chariots, animals, entertainers and other clay representations of afterlife needs.

Troy University is grateful for the friendship of the late Dr. Huo Bao Zhu and his generous donation of the largest number of Terracotta Warriors to be found from here to Xi’an, China.

(located inside the IAC)

Designed by Frank Marquette, along with a student team, Warriors Unearthed welcomes visitors as an interpretive center for the history that accompanies the terracotta warrior exhibition found in the Janice Hawkins Cultural Arts Park. In this interactive exhibit, visitors learn the history of the terracotta warriors and how Huo Bao Zhu's magnificent installation made its way to Troy, Alabama. 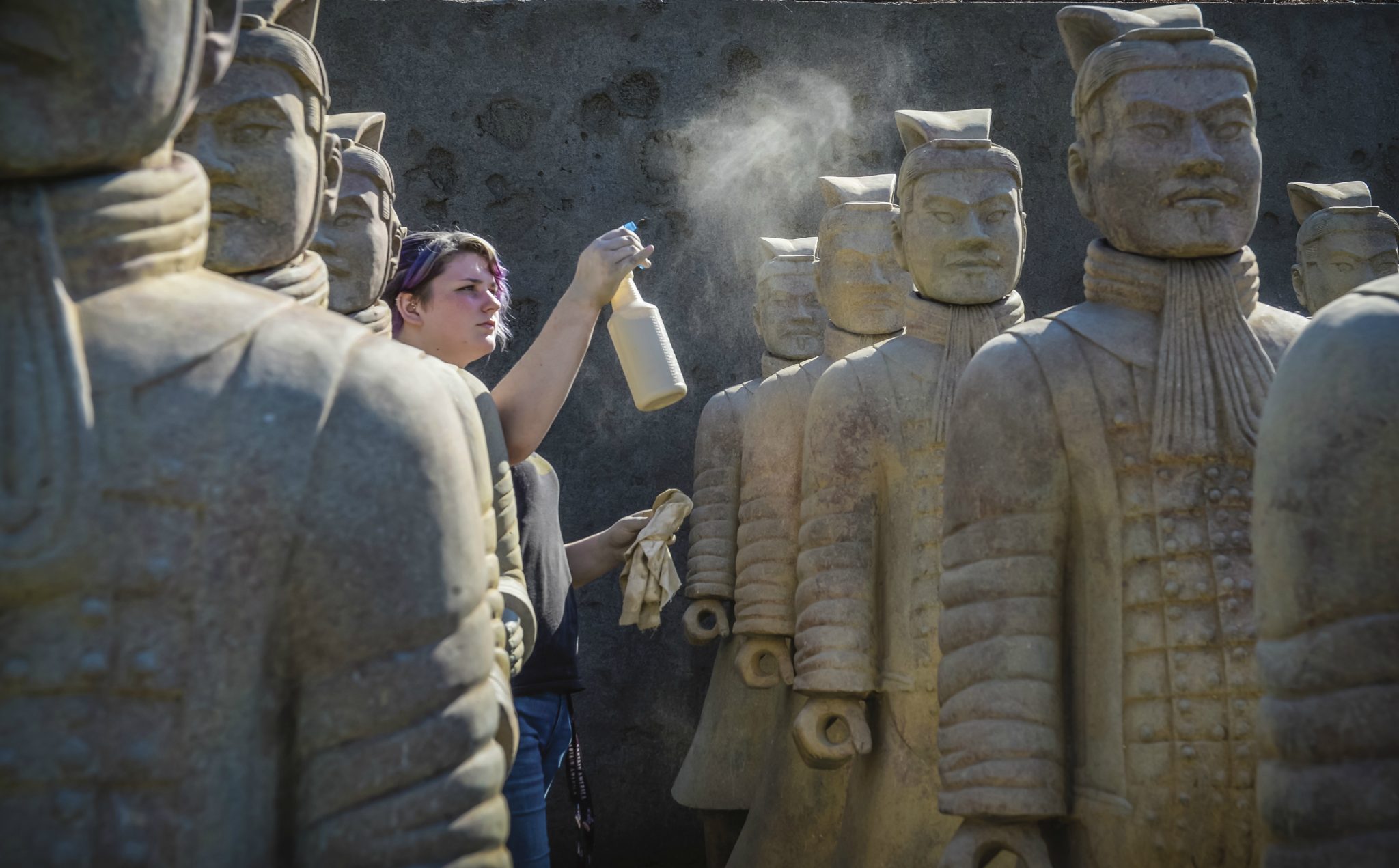 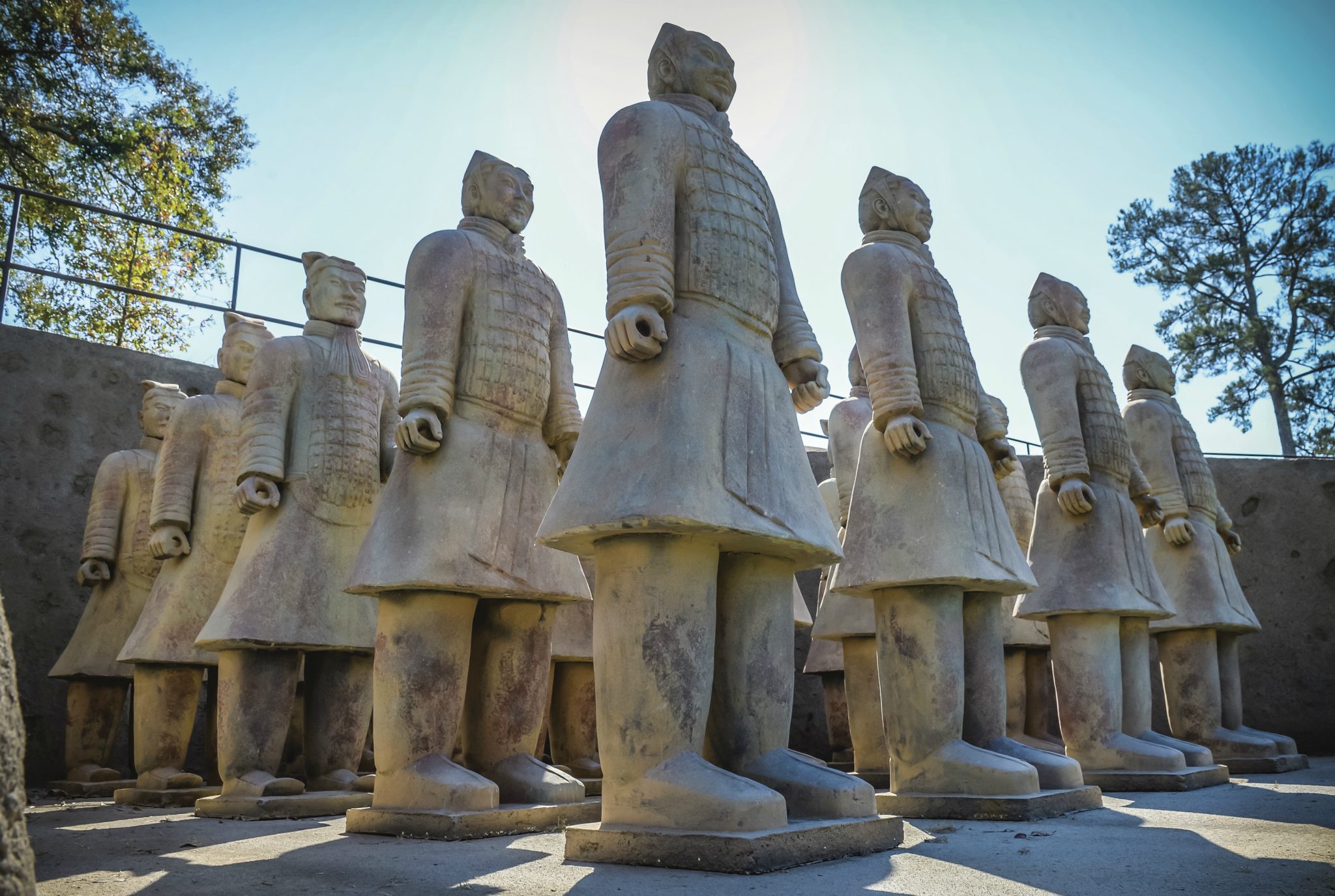 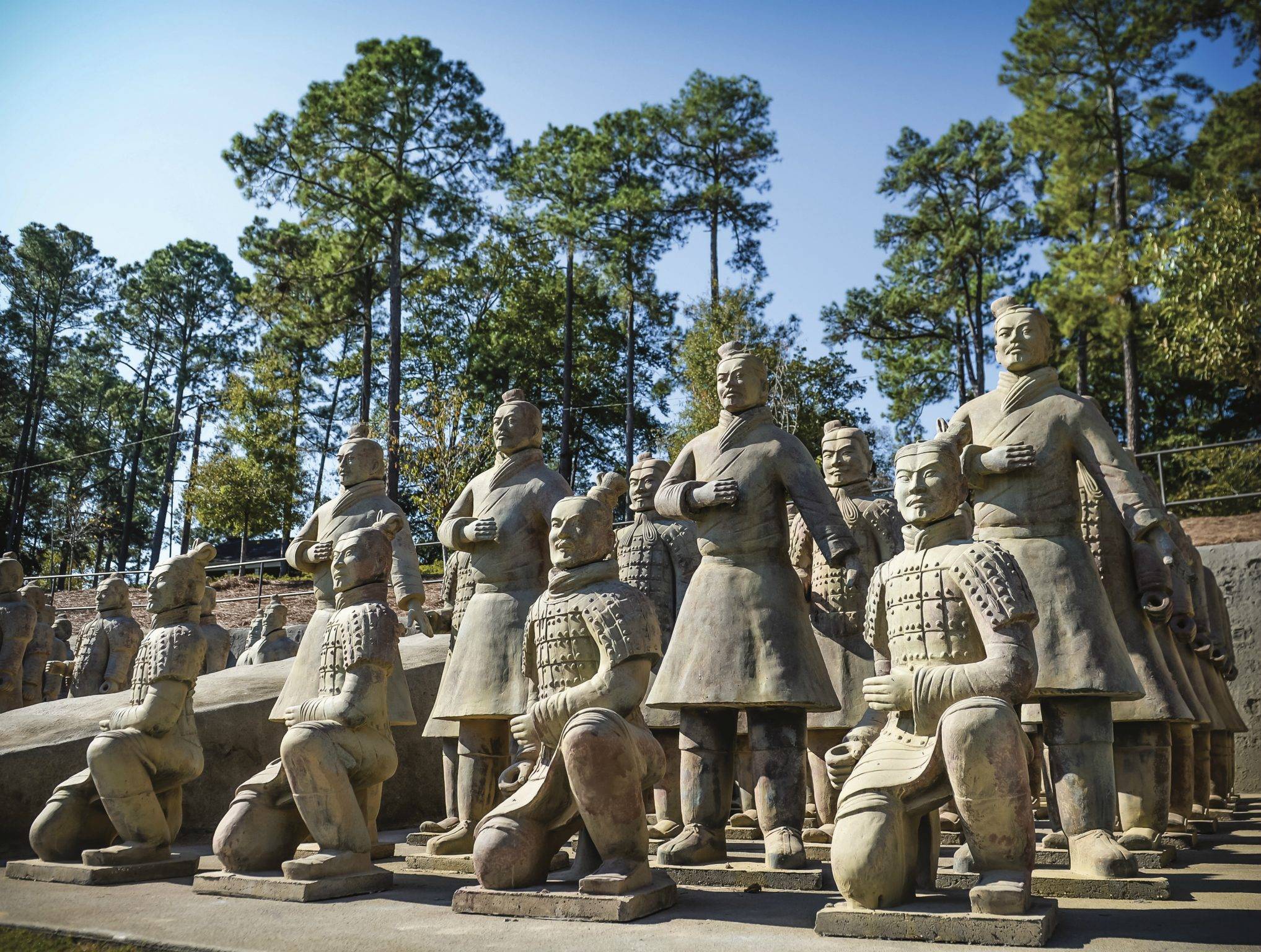 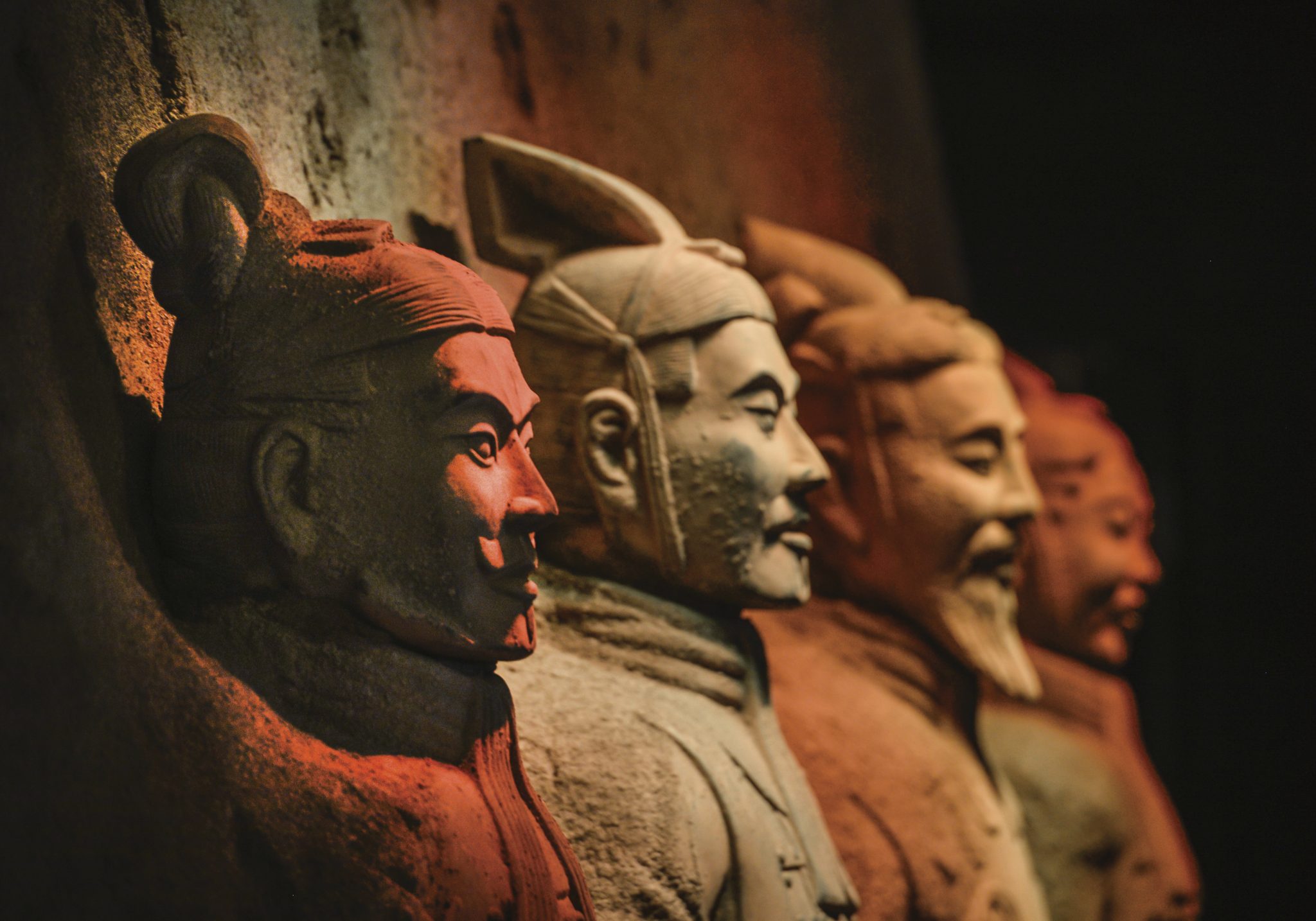 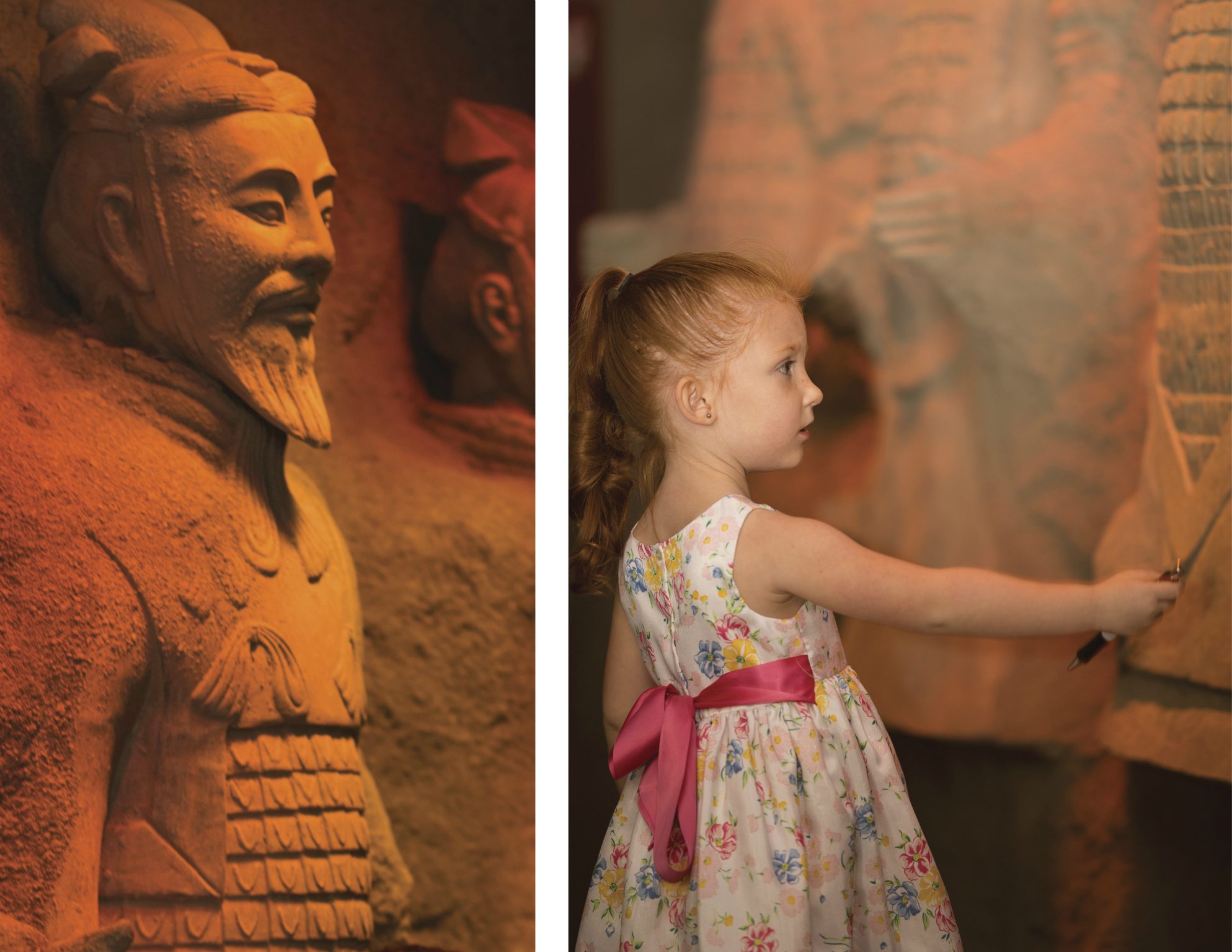 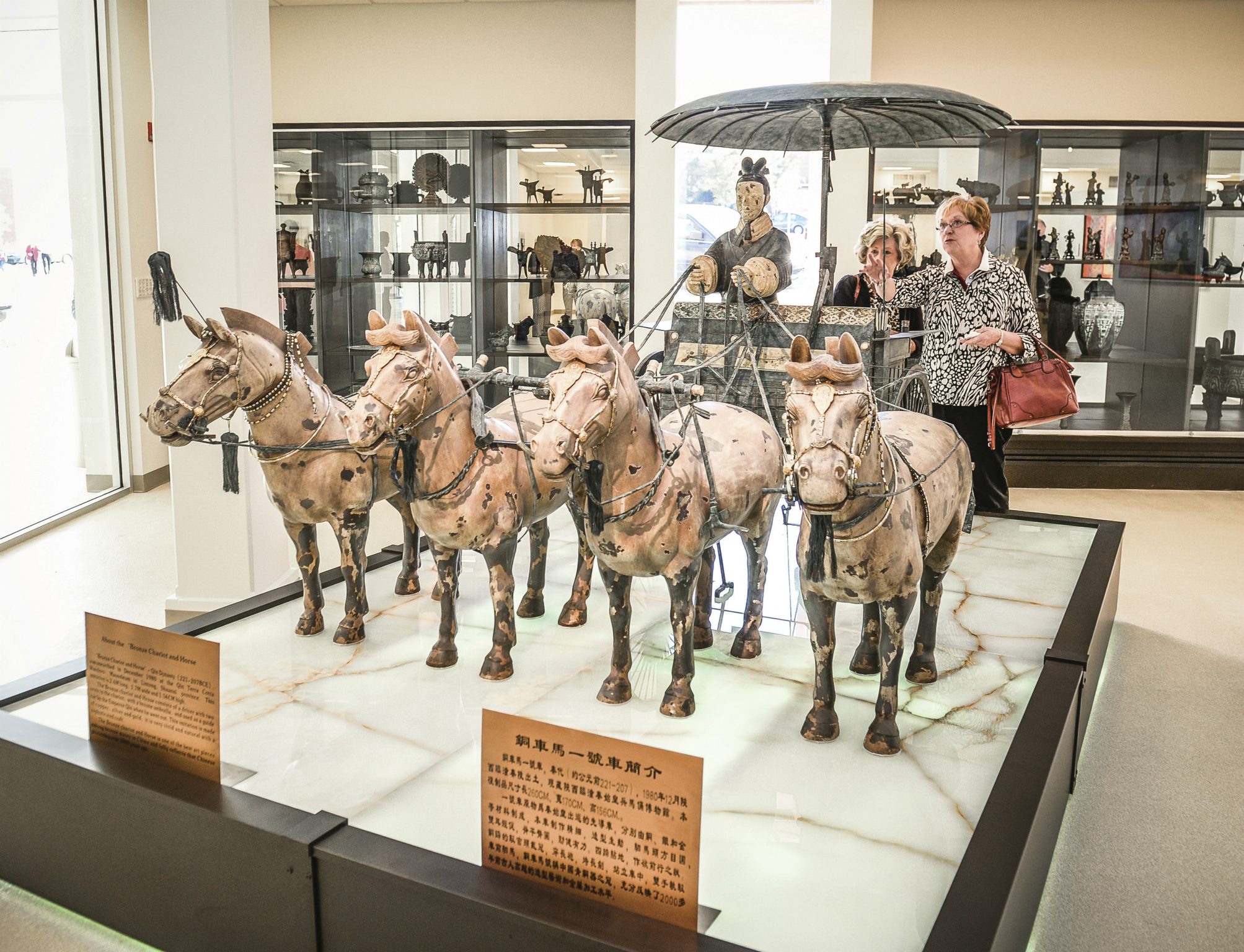