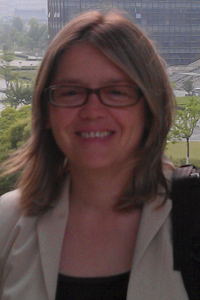 Dr. Gnoinska is an associate professor of history at TROY University. She received her Ph.D. from The George Washington University in January 2010. Her dissertation is titled "Poland and the Cold War in East and Southeast Asia 1949-1965." She has an M.A. in International Affairs from the Elliott School of International Affairs (GWU) and a B.A. in International Politics & Economics from Middlebury College. She is a Fulbright Scholar and Boren NSEP Fellow. She has published, as well as presented, her research in the United States and around the world.

She traveled extensively throughout East and Southeast Asia, including Japan, China, Korea, and Vietnam, for both research and pleasure. She also spent much time traveling in Europe, especially former Eastern Europe, and in Russia. She speaks Polish, Russian, Japanese, and Spanish. She is currently working on revising her dissertation into two books: one on Poland's peacekeeping efforts during the Vietnam War and another on Sino-Polish relations during the Cold War with a specific focus on the role of the Sino-Soviet split and the U.S.-China opening.

Gnoinska, M. (2018). Chipolbrok – Continuity in Times of Change: Sino-Polish Relations during the Cold War, 1949-1969. In Janick Marina Schaufelbuehl, Marco Wyss, and Valeria Zanier (Ed.), Europe and China in the Cold War: Exchanges Beyond the Bloc Logic and the Sino-Soviet Split. (pp. 192-211) Leiden: Brill (Series: New Perspectives on the Cold War).